"India faces short-term uncertainty due to the imposing of various taxes and levies on solar products, the cancellation of tenders and tariff renegotiations." 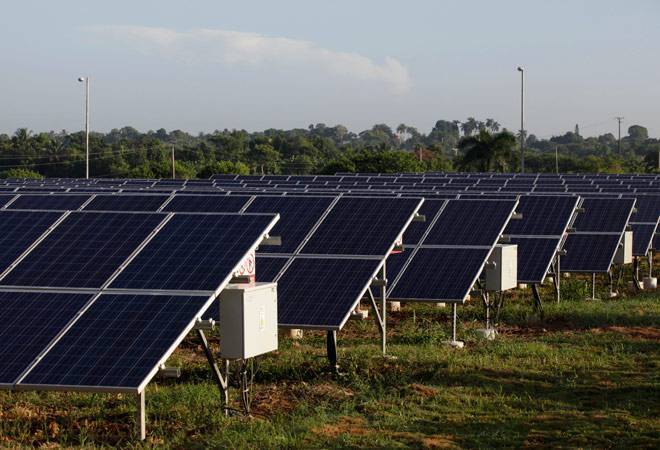 India is unlikely to achieve its target of 100 gigawatt (GW) solar electricity capacity as it faces short-term uncertainty due to imposition of various taxes, research and consultancy firm Wood Mackenzie said.

Renewables accounted for 9.7 GW of the total increase of 13 GW, highlighting the significant investment flowing into the sector, it said in a note adding that India is, and will be, the third largest solar market globally in 2018 and 2019, respectively.

"India faces short-term uncertainty due to the imposing of various taxes and levies on solar products, the cancellation of tenders and tariff renegotiations," he added.

Wood Mackenzie said India's power sector is going through substantial changes with the government focusing on attaining 'power for all' and restructuring distressed distribution companies and power plants.

In September 2018, a draft amendment to the Electricity Act, 2003 was introduced to separate content and carriage, directly transfer subsidy benefits, obligate 24x7 power supply, penalise power purchase agreement violations, and set up smart prepaid meters along with regulations related to these matters.

"If implemented, these policies would change the structure of the power sector and bring much-needed efficiencies into the system," it said. "We may not see full benefits accruing in 2019, but the amendment is long overdue and has been delayed several times. It is a crucial step towards strengthening power sector reforms."

The 7.2 per cent annual growth in grid-connected power demand helped improve the capacity factor for all fuels in 2018.

"There is an upside risk to our forecast as the election year can increase electricity demand from distribution companies as they would aim to maintain regular power supply," it added.