The only thing that connects Jasih-Ul-Hind to the blast, as of now, is a screenshot claiming to be from Telegram app which has gone viral 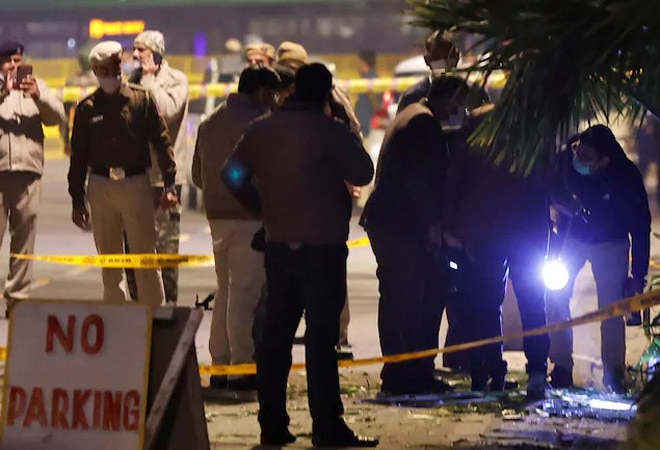 An IED explosion occurred on the pavement outside the Israel embassy in New Delhi yesterday at 5:05 pm

An organisation named Jaish-Ul-Hind has claimed responsibility for the blast with took place outside Israel embassy in New Delhi on Friday, i.e January 29. Jash-Ul-Hind was previously unheard of and no information is available about this organisation, according to India Today.

The only thing that connects 'Jaish-Ul-Hind' to the blast, as of now, is a screenshot claiming to be from Telegram app which has gone viral. In the screenshot, 'Jaish-Ul-Hind' has claimed that they were behind the blast which occurred yesterday.

In the viral screenshot, 'Jaish-Ul-Hind' claims, "By the grace and help of Almighty Allah, soldiers of Jaish-Ul-Hind were able to infiltrate a high security area in Delhi and carry out an IED attack. This Allah willing is beginning of a series of attacks which would target major Indian cities and pay back in kind to the atrocities committed by the Indian state. Wait and we are waiting too."

Meanwhile, Delhi Police has recovered the remnant of a battery which they suspect may have used for the timer of the IED which had exploded yesterday. The police have stated that it is clear that a timer was used to trigger the minor IED explosion. This completely rules out the theory that the IED was tossed outside the Israel embassy from a moving bike or car.

Sources have claimed that high-grade explosives were used in the explosion was most likely PETN, but further analysis is taking place. A team comprising of National Security Guard (NSG) personnel has been roped in to analyse the explosives.

An IED explosion occurred on the pavement outside the Israel embassy in New Delhi yesterday at 5:05 pm.  The blast smashed the windscreen of a few cars which were parked outside the embassy. No person sustained any injuries in the explosion.