Made a purchase online? There's a strong chance you may get a fake product

According to a report in RedSeer, a market research firm, the Indian e-commerce industry lost USD 3.4 billion in GMV due to product returns in 2017. 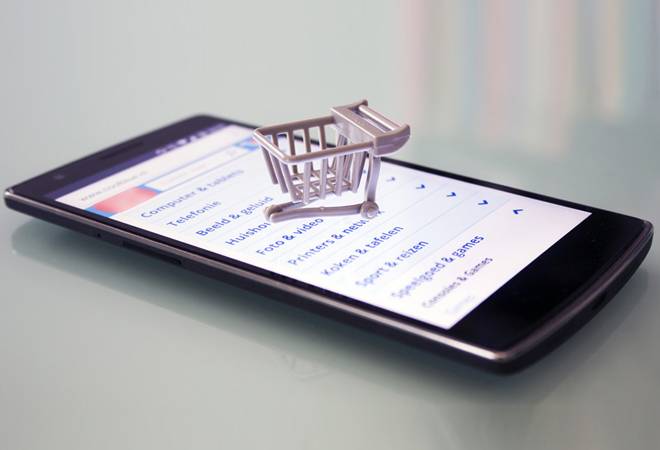 The LocalCircles survey reveals that 38% of 6,923 respondents have received such products from an e-commerce site in the last one year. The survey also mentioned that 12% respondents out of that said they received the fake product from Snapdeal, 11% said Amazon and 6% mentioned Flipkart.

The survey conducted by Velocity MR among 3,000 respondents revealed that every one out of three customers has received counterfeit products while purchasing online in the past six months.

These respondents mentioned that the fake products they received were mostly perfumes and fragrances, shoes, sporting goods, fashion apparels and bags. Owing to rising consumer complaints, the consumer affairs department is currently drawing up rules for e-commerce sites that would make them more liable in such cases.

Not only to the consumers, fake products can be a problem for the e-commerce companies as well. Along with putting their credibility in jeopardy, instances of counterfeit products could put a sizeable dent in their economy. As mentioned in the LocalCircles survey, 80% of 6,197 respondents believe that along with accepting the sold product back and refunding the consumer, the companies should also be made to pay a penalty. The Velocity MR survey revealed that 92% of 920 respondents who received counterfeit products returned the items and got a refund.

UK Gupta, President of Authentication Solution Providers' Association (ASPA) also said that companies should have checks in place to monitor such products. "The e-commerce market offers huge opportunities for Indian businesses given it's a faster, more efficient way of accessing global markets and consumers. However, online shopping has also introduced a new wave of intellectual property piracy as thousands of counterfeit goods are listed every day. Fake manufacturers and bogus sellers are using loopholes in Information Technology Act to their favour and making unaccounted money from the same. E-commerce market places should have a no-fake policy to address sale of counterfeit and spurious products on their platforms. The e-commerce market places need to put in place processes to ensure quality goods and monitor those sites selling fake products. Consumer have all the right to know and identify the product authenticity and the products he had received reaches to him without any tampering. E-commerce companies are following many anti-counterfeiting technologies for other global market to fight against FAKE, similar options need to be opted for Indian Market as well," he said.

According to a report in RedSeer, a market research firm, the Indian e-commerce industry lost USD 3.4 billion in GMV due to product returns in 2017.

E-commerce sites are battling fake products at their own end as well. While Snapdeal delisted or restricted 45,319 sellers in the last three years, Amazon mentioned that it is filing cases and blocking sellers of fake goods, as mentioned in a report by The Economic Times.

Last year US-based company Skechers filed cases in the Delhi High Court against Flipkart and four other sellers for selling fake products with the company's name. Soon after, a report in News18 revealed that 60% of sports goods and 40% of apparel on sale online are fake. Most of the e-commerce giants had issued statements on this issue then.

"Amazon's customers trust that when they make a purchase through Amazon.in-from one of its sellers-they will receive authentic products manufactured by the true manufacturer of those products. To preserve that trust, Amazon is investing heavily in protecting the integrity of the Amazon marketplace for consumers, sellers, and manufacturers. Amazon is also working closely with rights owners to strengthen protections for their brands on Amazon. We remove suspected counterfeit items as soon as we become aware of them, and we suspend or block bad actors suspected of engaging in illegal behaviour or infringing others' intellectual property rights. We have taken independent legal action against bad actors, and will continue to do so. And we work with law enforcement who present us with valid legal process," said Amazon.

"Flipkart is an online marketplace that helps sellers connect with customers across the country. We only act as an intermediary but being a responsible company, Flipkart has a robust system of checks to ensure that any instances of fake or spurious products are detected quickly and delisted. Our sellers are also mandated to adhere to certain guidelines if they sell with us. Flipkart observes a zero-tolerance policy on incidents where sellers are found violating customer trust and quality guidelines. We conduct our business with the highest standards of integrity and are fully compliant with all rules of the land. Flipkart also runs customer awareness programs that educate and caution customers against falling prey to fake products or fraudulent offers," Flipkart said, according to multiple reports.

"Snapdeal complies with the due diligence requirements as specified per applicable laws. The "Terms of Use" and "Report Abuse & Takedown Policy" for the marketplace are framed and implemented in accordance. Any complaints regarding counterfeit products / IPR infringement are promptly acted upon, including disabling the product and / or the seller from using the platform," said a company spokesperson to multiple sites.