'Some farmers have been agitating due to the farm laws. The government has been talking to them with utmost sensitivity. I hope they will soon withdraw their agitation,' Rajnath Singh said 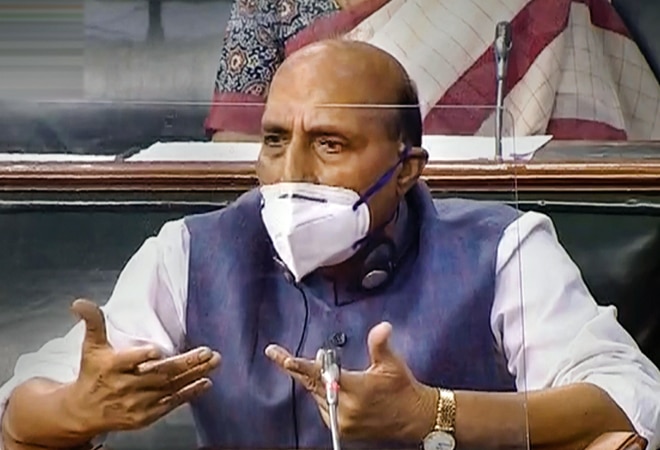 On the birth anniversary of former prime minister Charan Singh, known for espousing the cause of farmers, the government on Wednesday reiterated its commitment to their welfare and expressed hope that the farmers protesting against farm laws will soon withdraw their agitation.

In a series of tweets, Defence Minister Rajnath Singh said Prime Minister Narendra Modi has taken numerous measures in farmers' interest while taking inspiration from Charan Singh and that he will not allow any harm to them under any circumstances.

Rajnath Singh has been one of the key government ministers to have engaged in talks with farmers to end the ongoing agitation against three new farm laws.

"Some farmers have been agitating due to the farm laws. The government has been talking to them with utmost sensitivity. I hope they will soon withdraw their agitation," he said.

The senior BJP leader noted that Charan Singh voiced the concerns of farmers all his life and worked for their welfare.

He always wanted that farmers get good price for their produce so that their income increased and that their honour always remained secure, Rajnath Singh added.

Taking inspiration from the former prime minister, Modi has been taking measures for farmers' welfare, he asserted, while paying tributes to Charan Singh.

Lauding farmers, he said they have provide the country the shield of grain security.

Agriculture Minister Narendra Singh Tomar said on Tuesday he is hopeful that protesting unions would soon complete their internal discussions and resume talks with the government to resolve the crisis.

Born in 1902 in Meerut in Uttar Pradesh, Charan Singh championed the farmers' cause and is credited with shaping several policies that helped cultivators. He died in 1987.

Also read: Want to invest in US stocks? A little caution is good!