Das, as per the minutes of the June 3-6 Monetary Policy Committee, said that since the last meeting of the rate-setting panel in April 2019, greater clarity has emerged about the evolving macroeconomic situation. 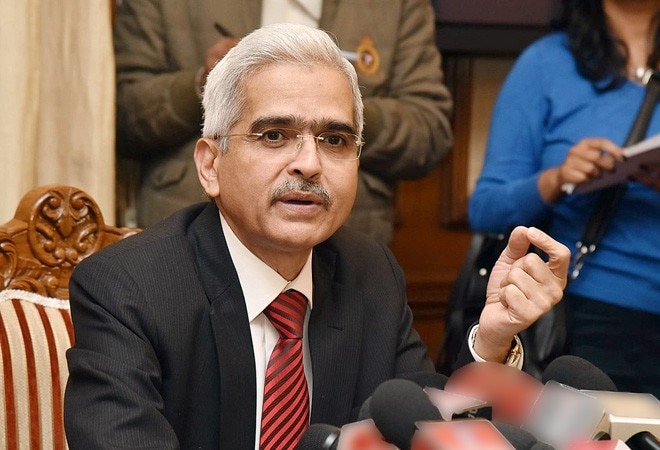 The Indian economy has been clearly losing traction and needs a decisive monetary policy to promote growth, said Reserve Bank of India Governor Shaktikanta Das while voting for a 25 basis points (bps) rate cut along with other five members at the MPC meet earlier this month.

Das, as per the minutes of the June 3-6 Monetary Policy Committee, said that since the last meeting of the rate-setting panel in April 2019, greater clarity has emerged about the evolving macroeconomic situation.

The RBI released the minutes of the meeting Thursday.

Overall, there is clear evidence of economic activity "losing traction" with the GDP growth in the fourth quarter of the last financial year slowing to 5.8 per cent, he said.

"In sum, growth impulses have clearly weakened, while the headline inflation trajectory is projected to remain below 4.0 per cent throughout 2019-20 even after considering the expected transmission of the past two policy rate cuts.

"Keeping in view the evolving growth inflation dynamics, there is a need for decisive monetary policy action. Hence, my vote is to reduce the policy repo rate by 25 basis points," he said.

He also favoured shifting the stance of monetary policy from neutral to accommodative to send a clear signal, indicating that more measures could be taken in the near future to boost growth.

It was for the third time in a row that the RBI cut the key lending rate (repo) by 25 bps.

MPC member and RBI Deputy Governor Viral Acharya said the mixed picture on economic growth has morphed into one where at least some aspects have weakened considerably over the past two quarters. He also flagged some upside risks, including deficiency in monsoon and volatality in crude oil prices, to inflation.

"In spite of my dilemma, I vote albeit with some hesitation to frontload the policy rate cut from 6 per cent to 5.75 per cent..." the minutes quoted him as saying.

ALSO READ:RBI policy rate cuts not a shot in the arm for private investments: CMIE

Another member and Executive Director Michael Debabrata Patra said the risks to the primary target of monetary policy are distinctly on the ebb.

Inflation expectations, he said, are also better anchored than before.

"In fact, if one were to step back a little in time, it is evident that if the 2019-20 projections materialise, the MPC would have steered inflation at or below target on average for four years in a row in its five-year term of office," he said.

Das also said quite a sizable part of loan portfolio of banks continues at the base rate, which impedes monetary transmission.

Interest rates on small savings are also higher than the prescribed formula, he said.

The transmission of the cumulative reduction of 50 basis points in the policy repo rate in February and April 2019 to fresh rupee loans has been 21 basis points.

However, the weighted average lending rate on outstanding loans has increased by 4 basis points.

"Going forward, the transmission is expected to improve, given the lags with which banks adjust their deposit and lending rates in response to changes in the policy rate," the RBI governor said.