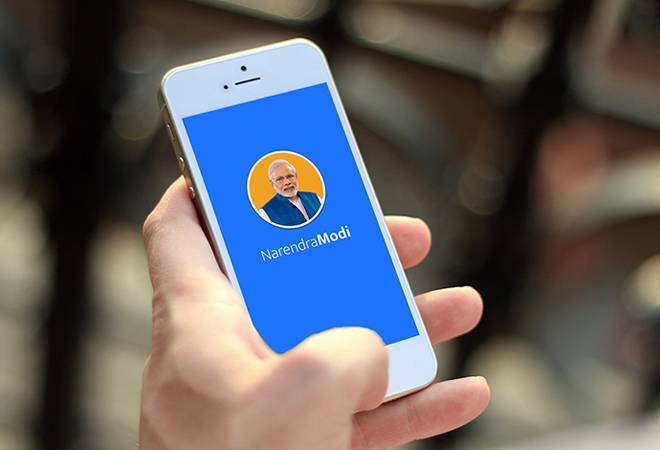 In a tweet, Rahul Gandhi alleged that Prime Minister's official mobile app gives all data to companies in US. Gandhi was referring to a report in which a French security researcher said when you create a profile in the official @narendramodi #Android app, all your device info (OS, network type, Carrier) and personal data (email, photo, gender, name) are send without your consent to a third-party domain called http://in.wzrkt.com.

Meanwhile, the ruling BJP, in a series of tweets, retorted to Rahul Gandhi's allegations, saying that all he 'can do is scare the masses about technology while they continue to steal data using his 'Brahmastra' of Cambridge Analytica'.

"Narendra Modi App is a unique App, which unlike most Apps, gives access to users in 'guest mode' without even any permission or data. The permissions required are all contextual and cause-specific," the BJP said.

However, French security researcher Elliot Alderson, who first tweeted about the issues with NM app, has alleged that the privacy policy of Narendra Modi app has been changed quietly.

The text in previous privacy policy which can be seen in a cached version says, "Your personal information and contact details shall remain confidential and shall not be used for any purpose other than our communication with you. The information shall not be provided to third parties in any manner whatsoever without your consent."

The new privacy policy of the Namo app conveniently changes it to: "Certain information maybe processed by third party services to offer you the most contextual content."

It further states that your name, email, mobile phone number, device information, location and network carrier may be processed by third party services to offer you a better experience.

The app, which is used to 'engage and interact' with the PM, is the latest technology application to get caught in the user data harvesting scandal.

Responding to Rahul Gandhi's tweet, BJP said, "the fact is that data is being used for only analytics using third party service, similar to Google Analytics. Analytics on the user data is done for offering users the most contextual content."