NASSCOM said that Indian technology industry makes significant contributions to the US economy and workforce including local investments and job creation, workforce development and upskilling US employees 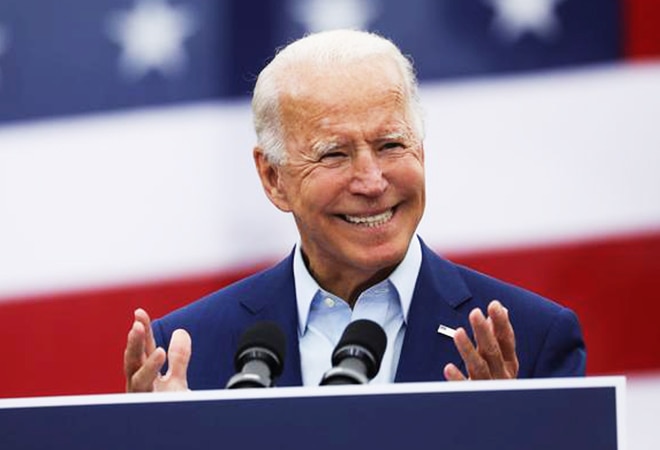 Trade organisation and advocacy group of the IT BPM industry in India, National Association of Software and Service Companies has wished newly-sworn in US President Joe Biden and Vice President Kamala Harris. In a statement the body said that they appreciate Biden's efforts to change the harmful regulatory policies of the Trump administration.

"President Biden has pledged a new approach on trade and immigration, as well as a renewed and revitalised interest in science and technology. We appreciate President Biden's commitment to review and make necessary changes to harmful regulatory policies put in place by the outgoing administration," said NASSCOM in a statement.

Overturning the Trump administration's immmigration policy, Biden has finalised a bill that proposes to remove the per-country limit for employee-based green cards. This move is expected to benefit Indian IT professionals. Biden's bill also increases the diversity visa programme from 55,000 visas to 80,000 per year. This bill is Biden's vision to fix the immigration system once and for all. The Biden administration has also decided to remove the 'Muslim travel ban', which blocked travel to the US from several predominantly Muslim and African countries.

The organisation said that a key challenge in the technology sector in the US is the lack of required STEM talent that has been highlighted by the overall unemployment in one hand and over 7.50 lakh job vacancy posting in computer occupations as on January 13, an increase of 20 per cent from May 2020. It said that despite a high degree of unemployment in the US, demand for high-tech skills continues to remain robust, indicating that there are not enough workers with relevant skills to fill them.

"The rules announced by the previous administration will worsen this talent gap. NASSCOM has been actively engaged with US policy makers on these issues, and we look forward to working together with the new US administration to find solutions to the STEM skills gap, and enable America to be more competitive, to grow and create more jobs," it said.

NASSCOM said that Indian technology industry makes significant contributions to the US economy and workforce including local investments and job creation, workforce development and upskilling US employees.

"NASSCOM member companies have an important history in the US; they work with over three-quarters of the Fortune 500 companies in the US, providing them vital technology services and helping them innovate, compete, and grow. India-US bilateral trade increased by over 400 per cent since 2005, with a total increase in value from $37 billion in 2005 to $149 billion in 2019," it said.

Joe Biden became the 46th President of the United States on Wednesday. "Democracy is precious, democracy is fragile and at this hour, my friends, democracy has prevailed," said Biden. "We must end this uncivil war that pits red against blue, rural versus urban, conservative versus liberal. We can do this if we open our souls instead of hardening our hearts, if we show a little tolerance and humility and we're willing to stand in the other person's shoes," said Biden adding that he will be a President for all Americans.

Kamala Harris became the highest-ranking woman in US history and the first person of color as the nation's Vice President.

Recovery strong; a quarter before we know if booming markets will sustain: Kumar Birla