"Till today you didn't bother to ask it to be registered, I don't understand why. You should have actually asked. .. No, not one voice in that party. It took 23 MPs to write a letter now after 50 years . Like charity, transparency should start from home," Sitharaman asks Congress 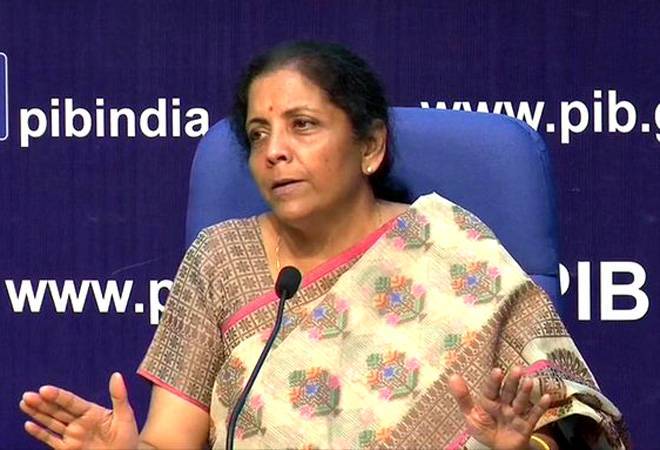 Taking the Opposition head-on, Finance Minister Nirmala Sitharaman on Saturday said while the PM CARES Fund is registered, the PM National Relief Fund, which was set up by the Congress government, was not yet registered.

She wondered why the Congress government never bothered to get the PM National Relief Fund (PMNRF) registered.

The minister, while replying to the debate on Taxation and Other Laws (Relaxation and Amendment of Certain Provisions) Bill, 2020, was responding to various issues raised by the Congress and other Opposition parties about the PM CARES Fund.

The Fund was set up by Prime Minister Narendra Modi to provide relief in times of emergency.

Observing that the PM National Relief Fund was set up in 1948, Sitharaman wanted to know why the Congress did not ask for its registration.

"Till today you didn't bother to ask it to be registered, I don't understand why. You should have actually asked. .. No, not one voice in that party. It took 23 MPs to write a letter now after 50 years . Like charity, transparency should start from home," she said.

She said the big difference between PM CARES and PMNRF lies in the management of the funds. In PM CARES, while Prime Minister is the ex-officio member and trustees include Ministers of Home, Defence and Finance, and nominated ex-officio trustees who are eminent persons from the field of science. "Management and decision making goes on record with regularly held meetings and recorded minutes," she said.

Whereas, in PMNRF, the management consists of Prime Minister, and President of the Congress party.

"Only party. And that only party's president will be there and transparency is achieved? How many political parties are there in the country? Thousands of parties we have," she added.

The Congress government, she said, could have given a place to Jan Sangh leader Shyama Prasad Mukherjee or socialist leader Ram Manohar Lohia on the board of trustees of the PM National Relief Fund.

Instead, she said, the Congress government thought it fit to give a place to the Congress president alone, as if it was the only political party.

The minister further said that objectives of both the PM CARES Fund and the PM National Relief Fund are the same and both enjoy similar tax benefits.

Sitharaman further said that 100 per cent tax exemptions are available on donations made to both the funds. Also donations by companies under Corporate Social Responsibility (CSR) are allowed for both funds.

Trinamool Congress member Saugata Roy wanted to know about the need to set up the second fund when the objectives of both funds are the same.

Congress leader Adhir Ranjan Chowdhury accused the government of trampling transparency by not disclosing the details of utilisation of the PM CARES Fund.