Purely in terms of foreign policy as a philosophy, Modi has moved a five pillar 'Panchamrut' policy, Madhav said. The five pillars of his foreign policy include dignity, dialogue, prosperity, security and cultural linkages, he said 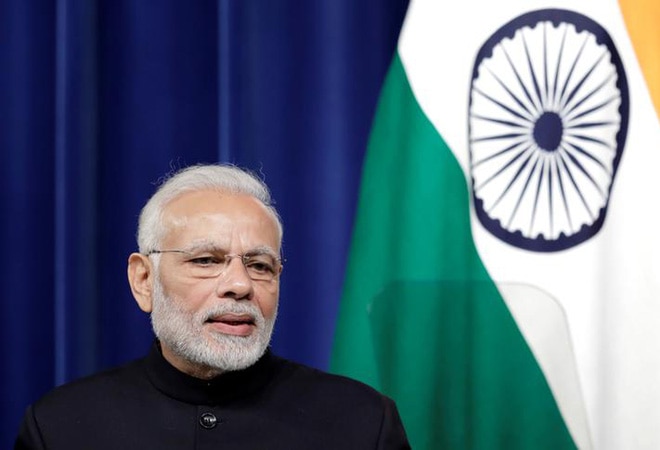 Addressing a virtual discussion organised by Delhi-based Indo-American Friendship Association on 'India's Foreign Policy under Prime Minister Modi' on Monday, Madhav said that PM Modi has continued with many good initiatives of the previous governments, while adding some important nuances to the foreign policy. "One of them is the policy of de-hyphenation. In the past we used to look at bilateral relationships through the prism of a third country. PM Modi has tried to do away with that practice of looking at a given bilateral relationship from the framework of a third country. He has tried to develop standalone relationships with the country keeping the bilateral interests of India in mind," Madhav said. "It had a risk involved in it, but at end of the day if you look back, this effort of de-hyphenation has resulted in securing us rich dividends. Today we have good relationship with Israel on one side and Iran on the other, Israel on one side and Palestine on the other and good bilateral relationship with the US and Russia at the same time," he added.

This approach, he claimed, helped India maintain 'strategic autonomy', as the policy of hyphenation used to result in compromise on autonomy. The decision to purchase S-400 missile platforms from Russia, despite opposition from several other countries, was cited as an example.

Madhav further elaborated that samman meant honour and dignity of the country as well as of Indians living anywhere in the world. Samvad refers to greater engagement with the world, which saw PM Modi becoming an Indian prime minister with maximum number of foreign visits and diaspora engagements. Samridhi means prosperity or rather economic prosperity of the country. The fifth pillar of cultural engagement was never seen as a tool of diplomacy in a big way before PM Modi, he said. "A conscious effort has been made to use it as a tool in a relationship."

Madhav also considers the mainstreaming of the phrase 'Indo-pacific as one of the most important achievements of PM Modi. "His very important Indo-Pacific address in Shangi La Dialogue in 2018 laid out his vision for the region," he said.

Historically, India's foreign policy has been based on the 'Panchsheel' principle introduced by the country's first Prime Minister Jawaharlal Nehru. The five pillars of this policy were mutual respect for each other's territorial integrity and sovereignty, mutual non-aggression, mutual non-interference in each other's internal affairs, equality and cooperation for mutual benefit and peaceful co-existence.

PNB gets $3.25 million from liquidation of Nirav Modi's US-based companies