Rajasthan political crisis: BJP has now demanded a CBI probe over the leaked audio tapes. Sambit Patra addressed a press conference and said that the conspiracy was 'done within their house' 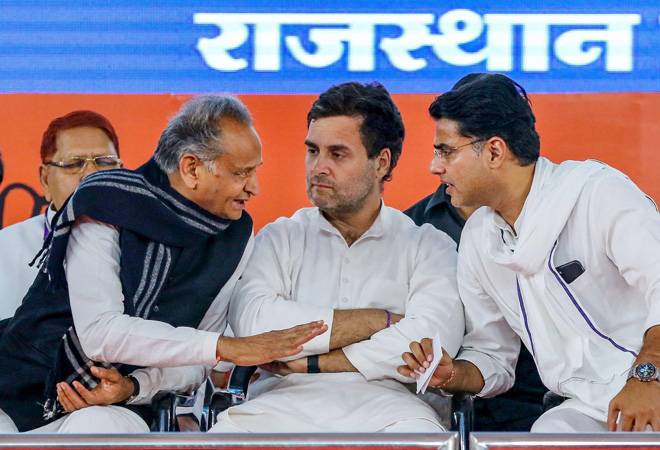 Sachin Pilot and his rebel Congress MLAs have been given a breather of four days till July 21 from any action by the Rajasthan Speaker. The court extended the hearing till next week on the disqualification notices served to them. The notices were served by the Speaker after a complaint by Congress. The Special Operations Group (SOG) of Rajasthan Police arrested one Sanjay Jain whose name surfaced in the leaked audio recording.

The leaked audio tapes purportedly had recorded conversations of Congress MLAs discussing ways to destabilise the Gehlot government with Union Minister Gajendra Singh Shekhawat. Shekhawat has been named by the Congress party in its complaint. It also said that Jain is a BJP leader. However, BJP has denied any links with the man.

BJP has now demanded a CBI probe over the leaked audio tapes. BJP spokesperson Sambit Patra addressed a press conference on Saturday and asked, "Is BJP controlling everything? Of course not, the sin was theirs. Conspiracy was done within their house. We've said the tapes are manufactured. We are asking the Gehlot government some questions: Was phone tapping done with authority? Is it not a sensitive and a legal issue (phone tapping)? Was SOP followed, assuming you tapped phones? Finding yourself cornered, did you resort to such tactics? Are you tapping phones of any person who may belong to any political person in Rajasthan? Is it not a situation of an emergency now in Rajasthan?"

Congress had also held a similar press conference a day earlier. It announced the suspension of two MLAs including Bhanwar Lal Sharma whose voice could be allegedly heard in the video. An FIR has also been lodged with the Anti-Corruption Bureau (ACB) against Sharma.