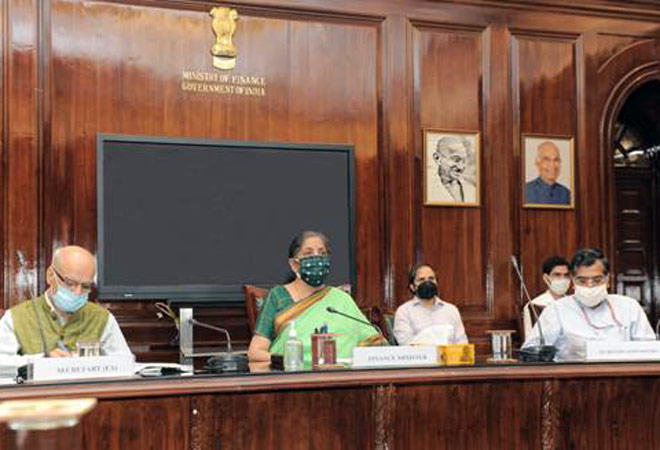 The Rajya Sabha on Tuesday passed the Banking Regulation (Amendment) Bill, 2020, to bring cooperative banks under the control of the Reserve Bank of India (RBI). The amendment, which got approval from Lok Sabha on September 16, aims to improve governance at such banks and protect depositors' money. The Bill, which replaces an ordinance promulgated on June 26, was passed by a voice vote in Rajya Sabha.

Replying to a short debate on the bill, Finance Minister Nirmala Sitharaman said the amendments will completely protect the interest of depositors and also help with quick recovery in cases of stressed co-operative banks without any moratorium.

She clarified that the amendment is only for cooperative societies engaged in banking activities. During COVID-19 pandemic, many cooperative banks came under stress and their finances are being closely monitored by the regulator RBI, the Finance Minister said.

The Banking Regulation (Amendment) Bill came in the backdrop of the PMC Bank scam, which put the savings of lakhs of small depositors at stake. PMC Bank was later put under restrictions by the RBI, following the unearthing of Rs 4,355 crore scam. Even today, PMC Bank customers are struggling to get their hard-earned money back.

The legislation seeks to strengthen cooperative banks by increasing their professionalism, enabling access to capital, improving governance and ensuring sound banking through the RBI.

Justifying the need for the amendments, Sitharaman said the government was able to quickly resolve the crisis-hit YES Bank as it was governed by commercial bank rules, but the resolution to the PMC Bank crisis is yet to be found.

Commenting on the development, Veena Sivaramakrishnan, Partner, Shardul Amarchand Mangaldas & Co. said, "Dual regulation has caused confusion and has often been a source of double trouble. Bringing cooperative banks under RBI will bring necessary stability. The amounts of money are huge and for the faith, this is a step in the right direction."