'Personally, this is grossly inadequate, the RBI is sitting on a large amount of unproductive capital which it is not using, it is lying in the reserves of foreign banks and giving us barely any returns,' said Goyal 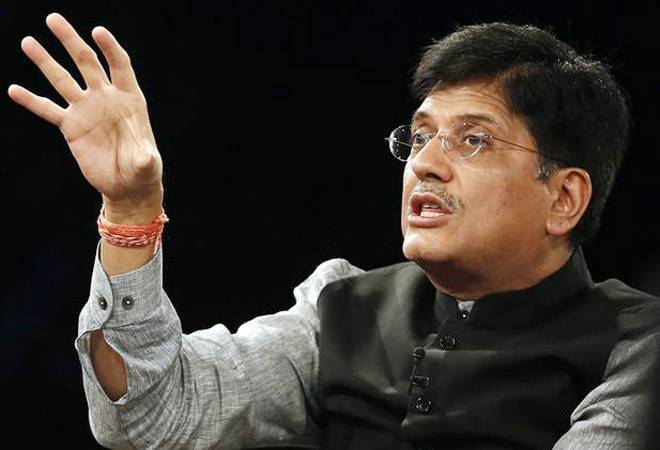 Commerce minister Piyush Goyal on Friday said the Reserve Bank of India's (RBI) decision to transfer only Rs 52,637 crore from its excess reserves is "grossly inadequate" given the central bank's huge buffers, and more should have had been done to boost growth.

He also took a jibe at Congress leader Rahul Gandhi's criticism on the transfer being akin to "stealing", saying there is no point debating with "uninformed and uneducated" people.

"Personally, this is grossly inadequate, the RBI is sitting on a large amount of unproductive capital which it is not using, it is lying in the reserves of foreign banks and giving us barely any returns," Goyal told the India Economic Conclave in Bengaluru this evening.

He said the Bimal Jalan committee has been "too conservative" in assessing the reserve requirements, calling out the recommendation of not accepting the Rs 8 trillion of unrealised gains as wrong.

"The argument that this is unrealised reserves does not hold water," Goyal said, adding he has read a lot of reports by reputed people which say India has reserves far higher reserves than many other countries. He added in the scenario of appreciating rupee - the potential reason why we need the high reserves - the RBI will anyways intervene to stop the movement up and pile up more reserves in the process.

"Does the RBI ever foresee a position where they will intervene and the rupee will ever become Rs 50 to a dollar? Should the rupee be appreciating? Beyond a point, it will make our goods uncompetitive in the world market," he said. To the criticism that Rs 1.76 trillion transfer being a loot, Goyal explained that Rs 1.23 trillion is part of the regular surplus transfer.

"You need to understand what these reserves are. Rahul Gandhi can say what he likes, but beyond that what is the scope of debating with uninformed and uneducated persons who can't understand elementary economics," he said.

Goyal also hit out at the UPA government for signing lopsided free trade agreements with countries like the Asean grouping, which overlook national interests.

"I am aghast at how the (UPA) government used to take foreign trade and foreign policy. For the last two years, we have been trying to set it right," he said. Goyal said we are not in a recession, but conceded that the growth has slowed down. He said the government is conscious of the same and acting to help the economy.

To a question on whether we should expect more stimulus measures, he said we may differ on the adjectives, but more measures are on the way. Goyal countered a question on high unemployment saying it is far from reality, and pointed out that it is still difficult to get a driver or a carpenter.