Risk of blood clot due to Covishield vaccine 'minuscule' in India; govt to issue advisory

Since the Covid-19 vaccination drive was initiated -- more than 23,000 adverse events were reported through the CoWIN platform from 684 of the 753 districts of the country 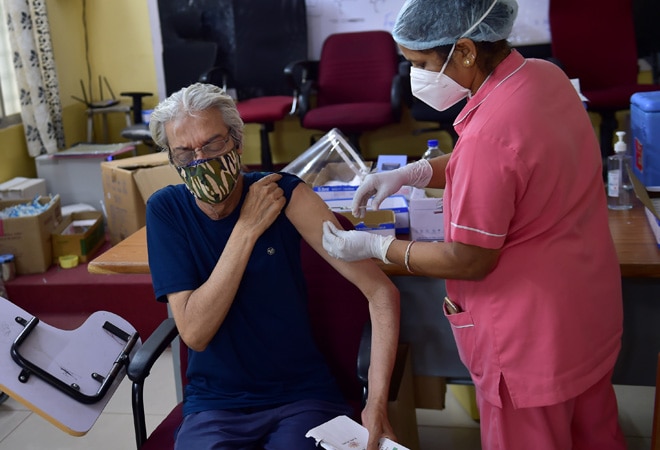 Reporting rate of adverse events in India is around 0.61 per million doses

The national committee that monitors Covid-19 vaccine side effects has said that the risk of blood clots  (thromboembolic events) post Covid-19 vaccination, particularly in the case of Serum Institute's Covishield, is very low in India. However, the health ministry, which received a report on this matter from the committee,  will issue advisories to healthcare workers and vaccine beneficiaries to encourage people to be aware of suspected thromboembolic symptoms occurring within 20 days after receiving any Covid-19 vaccine and report such incidents to the health facility where vaccine was administered.

In the report submitted to the health ministry, the National AEFI (Adverse Event Following Immunization) Committee had said that the AEFI data in India showed that there is a very miniscule but definitive risk of bleeding and clotting cases following Covid-19 vaccination in India. The reporting rate of these events in India is around 0.61 per million doses, which is much lower than the 4 cases per million reported by UK's regulator Medical and Health Regulatory Authority (MHRA). Germany has reported 10 events per million doses, the committee observed.

The  ministry stated that the AEFI Committee has completed an in-depth case review of 498 serious and severe events, of which 26 cases have been reported to be potential thromboembolic (formation of a clot in a blood vessel that might also break loose and carried by the blood stream to plug another vessel) events -- following the administration of Covishield vaccine -- with a reporting rate of 0.61 cases per million doses.

There were no potential thromboembolic events reported following administration of Covaxin vaccine.

The ministry said that thromboembolic events keep occurring in the general population as background and scientific literature suggests that this risk is almost 70 per cent less in persons of South and South East Asian descent in comparison to those from European descent.

The committee looked into the blood clotting issue after alerts were raised in some countries on post-vaccination "embolic and thrombotic events" on March 11, 2021 particularly with AstraZeneca-Oxford vaccine (Covishield in India). The decision to conduct an urgent in-depth analysis of the adverse events (AE) in India was taken in the light of these global concerns.

WPI Inflation rising to 11-year high in April 'major surprise'; to rise further in May: Barclays

India has 26 cases of blood clotting after Covishield vaccination: HealthMin