We made our position clear to all those who matter, SJM's Ashwani Mahajan says. The economic wing of RSS opposes the idea raising sovereign overseas borrowing, and believes Garg was the brain behind it 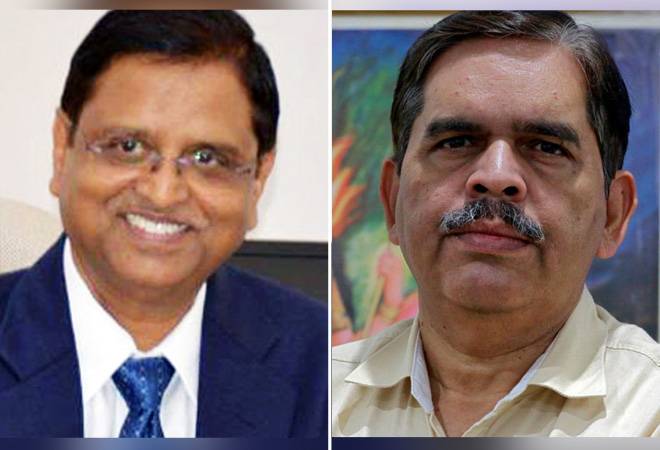 Taking a dig at Economic Affairs Secretary Subhash Chandra Garg's transfer to the Ministry of Power, the National Co-convenor of Rashtriya Syamsevak Sangh's (RSS) economic wing Swadeshi Jagran Manch (SJM), Ashwani Mahajan, said, Garg has been "awarded" for his push for sovereign overseas borrowing. "...makes me believe that he (Garg) has been awarded for his 'wonderful idea' of sovereign borrowing," Mahajan said on Garg's abrupt transfer, giving rise to speculation regarding RSS's role in Garg's departure. "We made our position clear to all those who matter," Ashwani Mahajan told BusinessToday.In.

He didn't stop there. Mahajan even proposed the idea of "compulsory retirement" to some of the top officers in the Modi government who were "over-performing".

Garg has since applied for VRS.

"Handed over charge of Economic Affairs today. Learnt so much in the Finance Ministry and Economic Affairs Dept. Will take charge in Power Ministry tomorrow. Have also applied for Voluntary Retirement from the IAS with effect from 31st October. Last tweet from this handle," Garg tweeted from the DEA Secretary Twitter handle.

Handed over charge of Economic Affairs today. Learnt so much in the Finance Ministry and Economic Affairs Dept. Will take charge in Power Ministry tomorrow. Have also applied for Voluntary Retirement from the IAS with effect from 31st October. Last tweet from this handle.

Prime Minister Narendra Modi-led Appointment Committee on Cabinet on Wednesday transferred 12 secretaries, including Garg, and upgraded the post of the same number of senior IAS officers in a major reshuffle. Garg's transfer from the high-profile finance ministry to power came as a surprise. Garg was the brain behind Finance Minister Nirmala Sitharaman's Budget 2019 announcement, which stated India aimed to raise resources via overseas foreign currency sovereign bonds in the current fiscal year-estimated to be $10 billion.

The RSS-affiliate SJM also slammed the government for the decision. Just two days after Sitharaman's Budget 2019 announcement on July 7, Mahajan had said "public borrowing in foreign currencies is a bad idea", and that international experience in this regard had been horrible. In his blog post published on July 16, he said India's foreign exchange reserves had broken all records and reached almost $430 billion. "In such a situation, there is no justification for taking a loan as a foreign currency," he added.

Citing examples of world economies, including Indonesia, Brazil, Argentina, Turkey and Mexico, whose debt burden had gone up to 53.8 per cent of the GDP, he said: "Their respective decisions to take foreign loans have trapped them in such a vortex that now they are raising even more loans to avoid sovereign default."

Under SJM, he even invited eminent economists to hold a closed-door meeting to discuss external borrowing in foreign currency. SJM, an affiliate of the RSS, has been critical of the government FDI policies. Swaminathan Gurumurthy, who was appointed as a part-time director of the RBI in August 2018, is the other co-convener of the RSS wing.

Miffed over his surprise transfer, the Rajasthan cadre IAS officer has now reportedly sought early retirement. If that happens, Garg's departure may put India's plan to raise over $10 billion by selling debut sovereign bonds overseas in limbo. Last week, Garg had said the move to raise sovereign bonds was to bring down real interest rates for Indian companies, which would ultimately help the economy grow. "We will have a very open attitude to welcome foreign investment and savings because that is what would be required," he said.

"One key opportunity that we have is that cost of capital internationally is low. Liquidity is very high, as a result, there is opportunity for funds as well as for the sovereign to raise money abroad," Chief Economic Adviser KV Subramanian told BusinessToday.In after the presenting the Economic Survey.

The plan to raise funds from overseas markets was considered by the previous governments too but had never materialised. Garg had also courted controversy in August 2018 when he circulated an internal note, claiming the Reserve Bank of India had surplus cash reserves, and that the excess reserves should be transferred to the government in one go. In an open tussle with then RBI governor Urjit Patel, he also reportedly drafted a letter, invoking section 7 of the RBI Act, which gives the government power to force the RBI to act.