The rupee continued to muscle up against the US currency for the second straight week as it extended gains after overcoming initial volatility amid a ratcheting up of global trade war rhetoric. 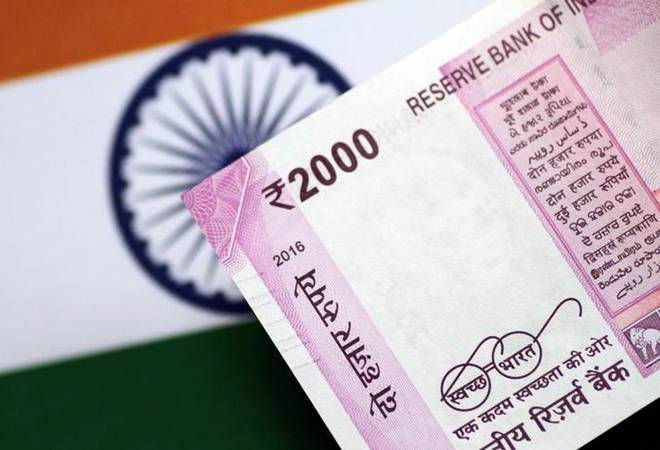 The rupee continued to muscle up against the US currency for the second straight week as it extended gains after overcoming initial volatility amid a ratcheting up of global trade war rhetoric.

Indeed it was a highly volatile week for the forex market as the Indian currency climbed to a fresh one-month high of 68.26 during a brief mid-week rally post RBI policy meet before retreating sharply.

The forex market sentiment was buoyed by the Reserve Bank maintaining its growth outlook for the economy, projecting an GDP expansion rate of 7.4 per cent in 2018-19 on the back of robust macroeconomic environment.

The central bank's upbeat comments on the economic growth outlook predominantly triggered a fresh leg of a bullish move for the home currency after initial wobbliness.

A significant bullish breakout in the domestic stock markets also supported the upmove.

Joining the global tightening bandwagon, the RBI for the second straight meeting raised its benchmark interest rate by 0.25 per cent to 6.50 per cent on hardening inflationary risks, while not strangulating growth.

However, initial sharp gains were given up eventually due to corporate dollar demand and firm dollar overseas cues.

This coupled with a broad-based US Dollar strength, supported by the Fed's upbeat economic outlook amid escalating US-China trade tensions, exerted some additional downward pressure and dragged the rupee to near one-week low on Thursday.

Growing expectations about shifting policy at global central banks were also injected an element of uncertainty into currency markets.

In the US, the Fed left the interest rate unchanged and slightly upgraded its wording on the economy, though a rate hike in September is on the cards.

Worsening trade relations between the US and China pushed the greenback higher against most major world currencies.

Meanwhile, country's forex reserves declined by USD 950.9 million to USD 404.192 billion in the week to July 27, on account of a fall in the foreign currency assets, the RBI showed.

Foreign investors, however turned net buyers and brought over Rs 1,800 crore in the Indian equity markets in July after pulling out massive funds in the preceding month.

The latest inflow comes after such investors had taken out more than Rs 20,000 crore from the stock market during April-June.

Earlier this week, the rupee resumed lower at 68.70 from weekend close of 68.65 at the inter-bank foreign exchange (forex) market.

But, later regained strength after RBI reassured that the economy is poised to grow faster at 7.4 percent in 2018-19 on the back of robust macroeconomic environment.

After scaling a fresh one-month high of 68.26, the home currency took a sharp revese turn and drifted sharply to hit a low of 68.84, though it managed to bounce back to end almost flat at 68.60, a small gain of 5 paise.

The 10-year benchmark yield settled modestly lower at 7.76 per cent against 7.78 per cent previously.

On the energy front, crude prices remained under pressure, extending their fall for the fourth-straight week as hardening trade concerns weighed on the market and fueled concerns about demand.

Globally, the US dollar came under some renewed pressure after data showed U.S. job growth slowed in July on Friday, while slipping against the yuan after the Chinese central bank acted to stabilize the currency by stemming speculation against it.

The greenback eased against a basket of currencies after the U.S. government reported a braking of domestic job growth, as employment in the transportation and utilities sectors fell.

The dollar index, which measures the greenback's value against a basket of six major currencies ended at 95.03 from 94.47.

Elsewhere, the Chinese currency rebounded from a 15-month low after China's central bank said it would set a forward reserve requirement ratio of 20 percent - up from an earlier zero new week.