Modi launches the National Animal Disease Control Programme for eradicating foot and mouth diseases in livestock in UP; says the state has inspired the whole world for being a role model in environmental protection 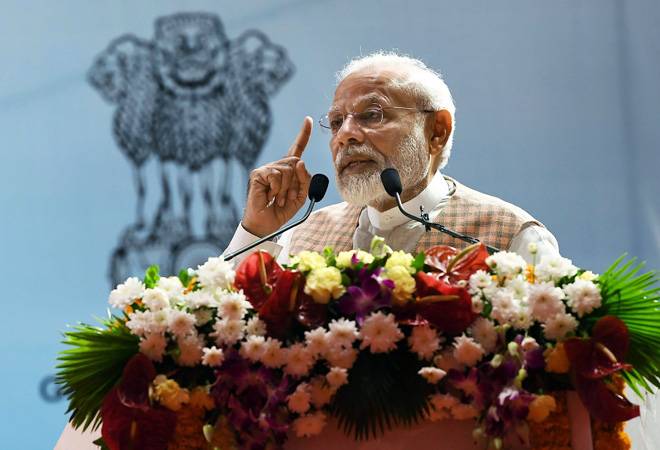 Prime Minister Narendra Modi, during the launch of the National Animal Disease Control Programme for eradicating foot and mouth diseases in livestock in UP on Wednesday, urged people to stop the usage of single-use plastic for the sake of environment and said people needed to change their habits to protect the environment. "We need to make efforts to rid our homes, offices, and workplaces of single-use plastic by 2nd October, 2019. I appeal to self help groups, civil society, individuals and others to join this mission," Modi said.

"Whenever we go to market, we should carry a bag. Don't ask for plastic bags," he told the gathering. "UP has inspired the whole world, and the whole humanity, for being a role model for environmental protection," he maintained. On this occasion, Modi also launched the National Artificial Insemination Programme before interacting with farmers.

With 100 per cent funding from the central government till 2024, the Rs 12,652-crore National Animal Disease Control Programme aims at vaccinating over 500 million livestock including cattle, buffalo, sheep, goats and pigs against the FMD. The programme also aims at vaccinating 36 million female bovine calves annually in its fight against Brucellosis disease.

The programme also aims to eradicate the disease by 2030. Ahead of his speech, PM Modi joined women in segregating plastic from waste as part of the 'Swachhta Hi Seva' programme. Uttar Pradesh Chief Minister Yogi Adityanath and Mathura MP Hema Malini were also present.

On October 2, the Union government is likely to announce a ban on single-use plastic products. This is expected to impact most industries since this forms part of packaging and hence linked to all industries directly or indirectly. Currently, most people seem to be seeking clarity on nuances around what qualifies for single use and what does not, the type of plastics we are talking about and for what usage they are all meant for.