Congratulations to the Modi govt on '100 Days (of) No Vikas', says Rahul Gandhi; the Congress leader also accuses the Centre of undermining democracy 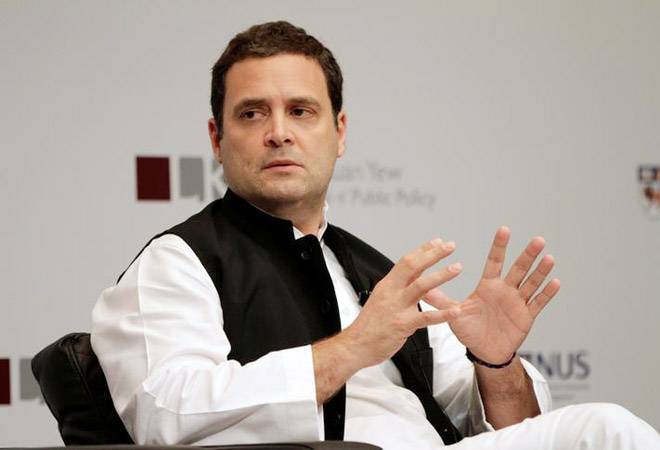 The Congress on Sunday claimed that the Modi government's 100 days in office have been characterised by "arrogance, uncertainty and vendetta politics", as it attacked the dispensation over issues such as the state of economy, situation in Kashmir, the NRC in Assam and action by probe agencies against opposition leaders. Congratulations to the Modi govt on '100 Days No Vikas', said Rahul Gandhi. "Congratulations to the Modi govt on #100DaysNoVikas, the continued subversion of democracy, a firmer stranglehold on a submissive media to drown out criticism and a glaring lack of leadership, direction & plans where it's needed the most - to turnaround our ravaged economy," Gandhi tweeted.

Congress senior spokesperson Kapil Sibal said the massive mandate to the BJP in the Lok Sabha polls had given it an opportunity to provide relief to the common man, but what happened was the opposite.

"Common man's problems are increasing, lapdog media is becoming even more biased, atrocities against women increasing, there is no strategy on education and health, small trader is in distress, and there is vendetta politics against political opponents," Sibal said. He alleged that the Enforcement Directorate, Income Tax Department and the Central Bureau of Investigation (CBI) are being misused. "Where there is evidence against their own people, they are being sheltered, and action is being take against opposition leaders against whom there is no evidence," he claimed.

"Three words that describe the first 100 days of BJP 2.0 - tyranny, chaos and anarchy," the Congress said earlier in a series of tweets. "Eight sectors have recorded a growth rate below 2 per cent and our Finance Minister still refuses to accept that our economy is in free fall. If the BJP continues this path of negligence & deceit, we are headed towards recession," the party said.

A steep fall in the GDP from last year is a direct result of the government's ignorance and "gross mismanagement" of economy, the Congress alleged. "By disregarding voices of the industry, economists & former PM Dr (Manmohan) Singh, BJP has proved itself to be completely incompetent in handling the economy," it said. "The automobile sector is facing its worst-ever crisis in years and all the government has to say our economy is doing better than US and China," the party said.