'Was in talks with RBI, Finance Ministry to takeover Yes Bank': Rana Kapoor 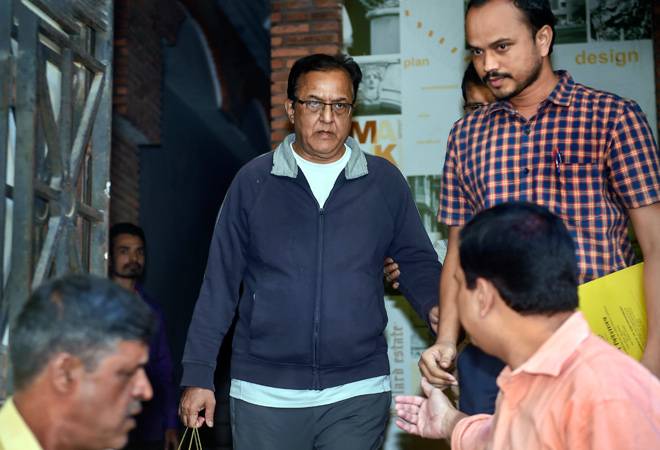 Yes Bank crisis: Rana Kapoor said the management was responsible for this condition of the bank

Rana Kapoor, founder of Yes Bank said that he was in talks with Reserve Bank of India (RBI) and Ministry of Finance to takeover and revive the bank. He said that this took place a week before the Enforcement Directorate (ED) carried out searches at his residence. The banker was produced at a special PMLA court on Wednesday. He was placed under arrest on March 8.

The banker told media, "New management of the bank who took over from me made false statements abundantly and those lies have ruined the bank, the bank I built. Go and talk to Ravneet Gill. All this has triggered because of that."

Kapoor has been remanded to ED custody till March 16. Advocate Maneshinde informed the court that Kapoor was in London for four months and was trying to sell all his properties to repay the debts of the companies owned by his family. He stated that Kapoor had paid Rs 1,900 crore worth of debts till date.

The advocate also alleged that the case registered by ED was an after-thought. He said that the case was registered after the searches were conducted at his residence on March 6 in connection with an earlier case with DHFL.

ED officials said that while conducting searches for the DHFL case, details of loans between DHFL and Yes Bank and loans given by DHFL to DoIT Urban Ventures Ltd were uncovered. CBI on March 7 registered an FIR at around 9 pm when Kapoor was being questioned at ED office, a day after searches were conducted at his residence. After the CBI FIR, ED registered an ECIR against him and DHFL promoters in connection with the suspicious transaction of Rs 4,300 crore. Yes Bank had bought debentures worth Rs 3,700 crore between April 2018 to June 2018 from DHFL, while DHFL gave loans worth around Rs 300 crore in February 2017 and Rs 300 crore in 2018. The two loans were repaid with another loan of Rs 600 crore given to DoIT Urban Ventures Pvt Ltd. Maneshinde claimed Kapoor has till date paid Rs 130 crore interest on the loan amount. The advocate also claimed that the first loan was given to DoIT Urban Ventures Pvt Ltd in 2017 much before Yes Bank bought debentures from DHFL, which was an AAA rated company and hence not a kickback as claimed by ED.

ED officials pointed out that out of the Rs 30,000 crore bad loans granted by Yes Bank, Rs 20,000 crore were during the tenure of Kapoor. Over 78 companies owned by Kapoor and his family members are under the scanner.

After hearing arguments from both sides, the special PMLA court sent Kapoor to custody till March 16.