US intelligence shows that China has even conducted human testing on members of the People's Liberation Army in hope of developing soldiers with biologically enhanced capabilities, John Ratcliffe said 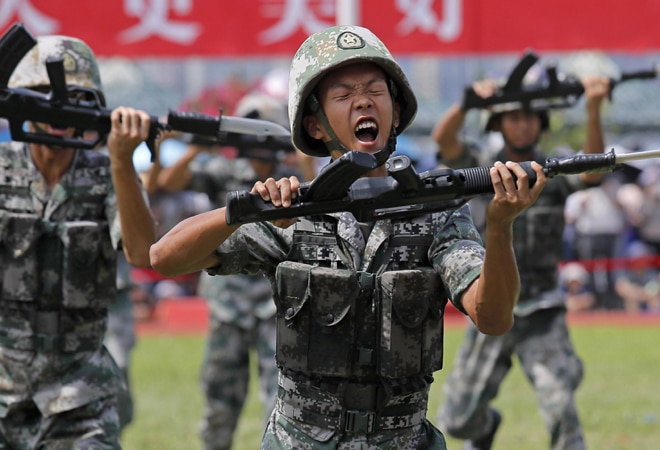 China has conducted testing on its People Liberation Army (PLA) in the hope to create biologically enhanced soldiers, a top intelligence official in the US said.

John Ratcliffe, who has served as Donald Trump's director of national intelligence since May, made this explosive claim in the Wall Street Journal. Ratcliffe wrote, "US intelligence shows that China has even conducted human testing on members of the People's Liberation Army in hope of developing soldiers with biologically enhanced capabilities".

He warned that China "poses the threat to America today". Writing in the Wall Street Journal, Ratcliffe said, "The intelligence is clear: Beijing intends to dominate the US and the rest of the planet economically, militarily and technologically". He added that China had gone to extraordinary lengths to achieve its goal.

Last year, two American scholars--Elsa Kania, and Wilson VornDick wrote a paper on China's ambition to apply biotechnology to the battlefield, which was published by The Jamestown Foundation.

The scholars wrote about CRISPR-Cas, short for "clusters of regularly interspaced short palindromic repeats" which is a new technique for gene editing. To date, the use of CRISPR in animals has been a very prominent element of Chinese research. For example, the use of gene-edited animals to grow human-like organs for use in transplants.

"While the potential leveraging of CRISPR to increase human capabilities on the future battlefield remains only a hypothetical possibility at the present, there are indications that Chinese military researchers are starting to explore its potential," wrote Kania and VornDick in their paper.

"Chinese military scientists and strategists have consistently emphasised that biotechnology could become a new strategic commanding height of the future Revolution in Military Affairs," the scholars wrote, quoting a 2015 article in a military newspaper.

Overall, Ratcliffe has claimed that China is a dangerous adversary that has the ability to threaten US economic and national security. He also urged President-elect Joe Biden to "be honest" about China, in a TV interview.