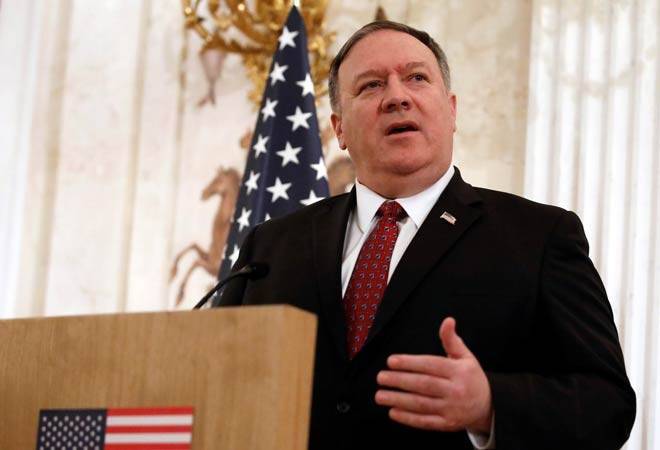 U.S. Secretary of State Mike Pompeo on Tuesday sharpened his criticism of China's handling of the coronavirus outbreak, saying its ruling Communist Party was still denying the world information it needs to prevent further cases. In an interview with the Washington Watch radio program, Pompeo repeated previous charges that Beijing's delay in sharing information about the virus had created risks to people worldwide and said this had "truly put thousands of lives at risk."

"My concern is that this cover-up, this disinformation that the Chinese Communist Party is engaged in, is still denying the world the information it needs so that we can prevent further cases or something like this from recurring again," he added. Pompeo also accused Iran and Russia of waging disinformation campaigns about the virus.

"The disinformation campaign from Russia and Iran as well as China continues," he said. "They're talking about it coming from the U.S. Army and they're saying maybe it began in Italy, all things to deflect responsibility."

Despite his strong criticism of China, Pompeo refrained from referring to the virus as the "Chinese virus" or the "Wuhan virus," labels that have angered Beijing and which he has used repeatedly. "The time will come for recriminations," he said, but added it was important for the world to know now what was really going on.

"This is an ongoing global crisis, and we need to make sure that every country today is being transparent, sharing what's really going on, so that the global community, the global health care, infectious disease community can begin to work on this in a holistic way."

Pompeo, a persistent critic of Beijing and the Communist Party, said "very important decisions" would have to be made in future about how the U.S.-China relationship was structured. He added that supply-chain challenges faced in the United States were due to companies "operating their supply chains out of China but not here in the United States."

Pompeo did not elaborate, but U.S. administration officials said last week the White House was preparing an executive order to help relocate medical supply chains from China and elsewhere overseas to the United States amid the coronavirus outbreak. The proposed U.S. push has sparked concern in China and elsewhere, although it is unclear when Trump might act.

At a daily briefing of his coronavirus task force, Trump said the United States "should never be reliant on a foreign country for the means of our own survival." "Our goal for the future must be to have American medicine for American patients, American supplies for American hospitals..."

Also read: Hantavirus in China: All you need to know about the virus, and how it spreads

Hantavirus in China: All you need to know about the virus, and how it spreads