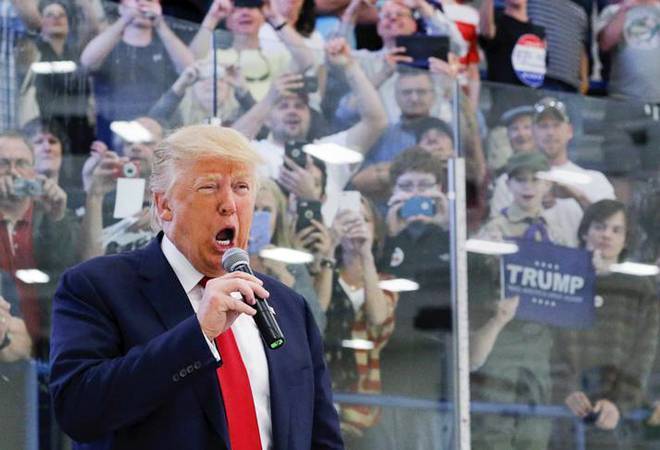 Trump administration's decision is expected to free up to 5,25,000 jobs in the US

US President Donald Trump has signed an order, temporarily suspending employment-based visas. Trump administration has suspended and limited the entry into the US of H-1B, H-2B, and L visa-holders and their dependents till December 31, 2020. It also includes certain categories of J visas like an intern, trainee, teacher, camp counselor, or summer work travel programme. The new rule would apply only to those who are outside the US, do not have a valid non-immigrant visa and an official travel document other than a visa to enter the country.

According to Trump, the move is to help millions of Americans who have lost their jobs amid the coronavirus pandemic. In fact, the decision is expected to free up to 5,25,000 jobs in the US, senior administration officials said after Trump issued a proclamation in this regard.

The announcement has come as a shock for a large number of Indian IT professionals and several Indian as well as US firms who were issued H-1B visa for the fiscal year 2021 beginning October 1. With this announcement, all these people will now have to wait till the end of the current year before approaching the US diplomatic missions to receive the stamp.

The proclamation also extends till the end of the year his previous executive order that had banned issuing new green cards of lawful permanent residency.

The announcement does not have an impact on lawful permanent residents of the US and foreign nationals who are spouses or child of an American citizen. Besides, people involved in essential services like food supply chain or medical workers, especially involved in COVID-19 research are also exempted from the latest proclamation.

Donald Trump said, between February and April 2020, more than 1.7 crore United States jobs were lost in industries in which employers are seeking to fill positions tied to H-2B nonimmigrant visas.

"Also, the May unemployment rate for young Americans, who compete with certain J non-immigrant visa applicants, has been particularly high -- 29.9 per cent for 16-19-year-olds, and 23.2 per cent for the 20-24 year old group," Donald Trump said.

"The entry of additional workers through the H-1B, H-2B, J, and L nonimmigrant visa programmes, therefore, presents a significant threat to employment opportunities for Americans affected by the extraordinary economic disruptions caused by the Covid-19 outbreak," Donald Trump said.

Meanwhile, the US Chamber of Commerce has opposed Trump's move, calling it a "sweeping attempt", adding, "restrictive changes to our nation's immigration system will push investment and economic activity abroad, slow growth, and reduce job creation".

Also read: How India can reduce trade deficit with China by FY21 itself

Banks sanction over Rs 75,400 crore of loans to MSMEs under credit guarantee scheme