'India has been hitting us hard for many, many years,' says Trump on US-India trade 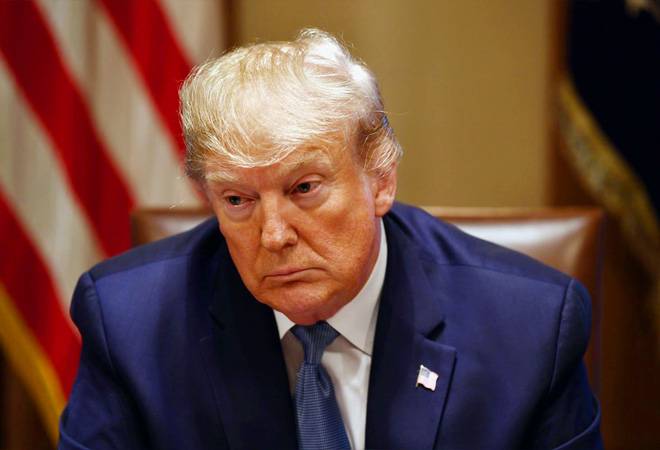 India has been hitting the US "very hard" on trade for many years with high tariffs, according to President Donald Trump who said he will "talk business" with Prime Minister Narendra Modi during his first visit to the country.

President Trump and First Lady Melania are scheduled to travel to Ahmedabad, Agra and New Delhi on February 24 and 25. "I'm going to India next week and we're talking trade. They've been hitting us very hard for many, many years," Trump said at a 'Keep America Great' rally in Colorado on Thursday.

Ahead of Trump's visit, there have been reports on India and the US agreeing on a trade package as a precursor to a major trade deal.

Downplaying the expectation of a trade deal with India during his visit, Trump said the two countries could make a "tremendous" trade deal, but indicated that the talks on this might slow down if he did not get a good deal. "We're going to India, and we may make a tremendous deal there," Trump said in his commencement address at the Hope for Prisoners Graduation Ceremony in Las Vegas on Thursday.

The bilateral India-US trade in goods and services is about three per cent of the US' world trade.

In a recent report, the Congressional Research Service (CRS) said the trading relationship is more consequential for India - in 2018 the US was its second largest goods export market (16.0 per cent share) after the European Union (EU, 17.8 per cent), and third largest goods import supplier (6.3 per cent) after China (14.6 per cent) and the EU 28 (10.2 per cent).

India is now the United States' eighth-largest trading partner in goods and services and is among the world's largest economies.

India's trade with the US now resembles, in terms of volume, America's trade with South Korea (USD 167 billion in 2018) or France (USD 129 billion), according to Council on Foreign Relations.

Trump spoke about his India visit at the Colorado rally and the grand welcome he is expected to get in the country. "I hear, they are going to have 10 million people. They say anywhere from six to 10 million people are going to be showing up along the route to one of the largest stadiums in the world, the largest cricket stadium in the world, which is brand new and beautiful," Trump said.

Also read: After The Beast, Trump's personal helicopter Marine One lands in India

He said the "Namaste Trump" rally in Ahmedabad would spoil him. "Prime Minister Modi said, we will have 10 million people greet you. Here's my problem. We have a packed house. We have a lot of people, thousands of people that couldn't get in. It's going to look like peanuts from now on," he said. "I'll never be satisfied with the crowd. If we have 10 million people in India, how can I be satisfied when we fill up like a 60,000 seat stadium? I am getting spoiled? He said build a bigger stadium visit," Trump said.

One of his supporters from the audience suggested that he built a bigger stadium. Trump indicated that his visit will result in more products "proudly stamped with the beautiful phrase Made in the USA".

During the address, the president reiterated his recent conversation with Facebook CEO Mark Zuckerberg who told him that he is the number one on Facebook.

"He (Zuckerberg) said, I just want to congratulate you. He said, you're number one in the world in Facebook. I said, no. I said, who's number two? He said, Prime Minister Modi of India," Trump said, adding that Modi has an advantage as he represents a larger population. "I said, wait a minute, wait a minute. He's got 1.5 billion people and we have 350 (million). He should be number one, but we're never going to give up that position of number one in the world for our country, for Facebook, for Twitter, anything, and they (the press) still haven't figured it out. They have not figured it out. But look at all that press. Look at all that press," Trump said.