Trump India visit schedule: Donald Trump is the first serving US President to visit Gujarat. A 22km long roadshow has been planned on Ahmedabad streets 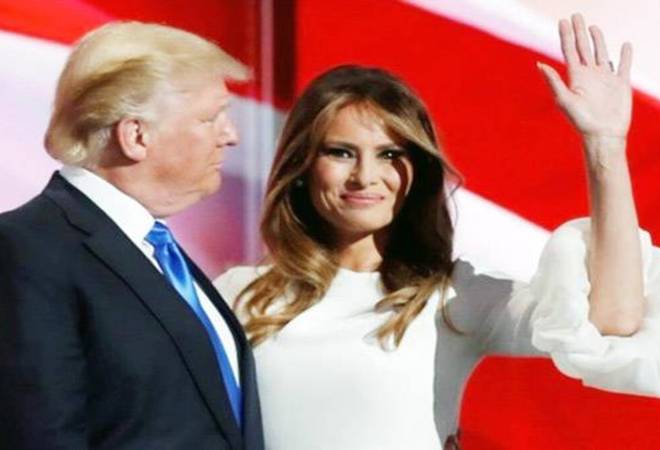 US President Donald Trump and First Lady of the US Melania Trump will be on an official two-day visit to India on February 24 and 25. Trump is the first serving US President to visit Gujarat. Here's a lowdown on the US President's schedule in India:

12:00 pm: PM Modi will personally receive the couple in Ahmedabad on February 24. President Trump will arrive at the Sardar Vallabhbhai Airport. A 22km long roadshow has been planned on Ahmedabad streets. The roadshow will stop for sometime at the Sabarmati Ashram where both the heads of states will pay tributes to the Father of the Nation Mahatma Gandhi. Trump will also be gifted a spinning wheel, books on the life and times of Gandhi and a portrait sketch of Mahatma Gandhi.

Around 12:30 pm: After the stopover at the Sabarmati Ashram, both the leaders will arrive at the Sardar Vallabhbhai Patel Stadium to attend and address the Namaste Trump event. Approximately, 1.25 lakh people are expected to attend the event which will feature cultural performances. Some Bollywood celebrities could also be a part of the event.

3:30 pm: After the formal lunch hosted by PM Modi comes to an end, the President and the First Lady will leave for Agra.

Around 5 pm: The couple will tour the iconic Taj Mahal in Agra and spend around 45 minutes there. After this, the couple will leave for Delhi.

10 am: US President Donald Trump and First Lady Melania Trump will be received at the Rashtrapati Bhawan by the President of India Ram Nath Kovind and his wife Savita Kovind.

10:45 am: US President Trump along with the First Lady Melania Trump will pay respects to the Father of the Nation, Mahatma Gandhi at the Raj Ghat.

11:30 am: President Trump and Melania Trump will arrive at the Hyderabad House. Two leaders will go for a restricted dialogue after an initial photo op. An expanded delegation level talk will take place after this. In the meanwhile, Melania will visit a Delhi school to see the education system in Delhi.

3 pm: The US President and his delegation will meet the top businesspersons of India as part of a CEO roundtable. The CEO roundtable will take place at the US Embassy.

8 pm: President and the First Lady will go to the Rashtrapati Bhawan for the state banquet hosted by the President.

Around 10 pm: Entire delegation will leave for airport and depart from New Delhi in an Air Force One plane.