Trump in January offered to "help" in another Himalayan trouble spot, the disputed region of Kashmir that is at the center of a decades-long quarrel between India and Pakistan 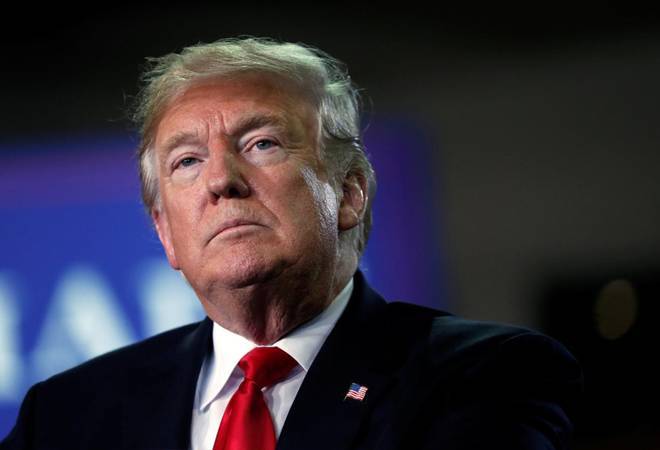 U.S. President Donald Trump said on Wednesday he had offered to mediate a standoff between India and China at the Himalayan border, where soldiers camped out in a high-altitude region have accused each other of trespassing over the disputed border. "We have informed both India and China that the United States is ready, willing and able to mediate or arbitrate their now raging border dispute," Trump said in a Twitter post.

The standoff was triggered by India's construction of roads and air strips in the region as it competes with China's spreading Belt and Road initiative, involving infrastructure development and investment in dozens of countries, Indian observers said on Tuesday. Both were digging defences and Chinese trucks have been moving equipment into the area, the officials said, raising concerns about an extended standoff.

There was no immediate response from either India or China to Trump's offer. Both countries have traditionally opposed any outside involvement in their matters and are unlikely to accept any U.S. mediation, experts said. China's ambassador to India, Sun Weidong, struck a conciliatory note, saying the two Asian countries should not let their differences overshadow the broader bilateral relationship.

"We should adhere to the basic judgment that China and India are each other's opportunities and pose no threat to each other. We need to see each other's development in a correct way and enhance strategic mutual trust," he said, speaking in a webinar on China's experience of fighting COVID-19. "We should correctly view our differences and never let the differences shadow the overall situation of bilateral cooperation."

The two countries are engaged in talks to defuse the border crisis, an Indian government source said. "These things take time, but efforts are on at various levels, military commanders as well as diplomats," the source said. The Chinese side has been insisting that India stop construction near the Line of Actual Control or the de facto border. India says all the work is being done on its side of the border and that China must pull back its troops.

Trump in January offered to "help" in another Himalayan trouble spot, the disputed region of Kashmir that is at the center of a decades-long quarrel between India and Pakistan. But the U.S. offer triggered a political storm in India, which has long bristled at any suggestion of third-party involvement in tackling Kashmir which it considers an integral part of the country.

US lawmaker introduces bill to recognise Tibet as independent nation