ISIS could regain capacity to orchestrate attacks in 2021: UN official

In a briefing to the Security Council on Wednesday, Under-Secretary-General of the United Nations Office of Counter-Terrorism Vladimir Voronkov cautioned that the world must be prepared to disrupt such new attacks 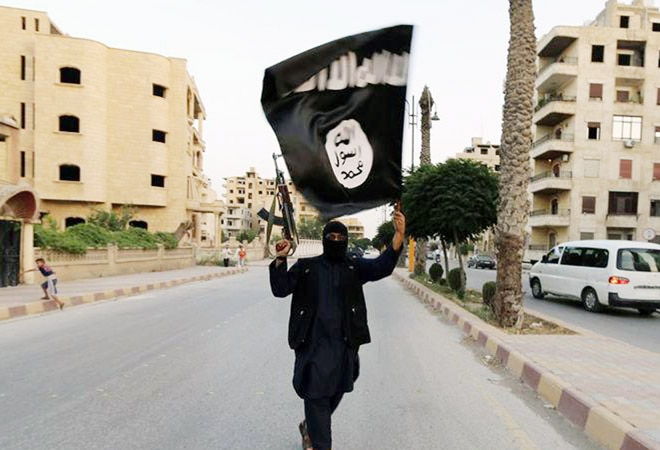 The threat posed by ISIS to international peace and security is on the rise again and the terror group could regain the capacity to orchestrate attacks in different parts of the world in 2021, the UN counter-terrorism chief has warned the Security Council.

In a briefing to the Security Council on Wednesday, Under-Secretary-General of the United Nations Office of Counter-Terrorism Vladimir Voronkov cautioned that the world must be prepared to disrupt such new attacks.

"The threat posed by ISIS to international peace and security is on the rise again. It is crucial that Member States remain focused and united to counter it, despite the strains and competing priorities brought by the COVID-19 pandemic," he said on the '12th Report of the Secretary-General on the threat posed by ISIS (Daesh) to international peace and security'.

Voronkov said while the dreaded terror group has not developed a purposeful strategy to exploit the pandemic, its efforts to regroup and to reinvigorate its activities gained further momentum in the second half of 2020.

"Its core in Iraq and Syria and its affiliates in other conflict zones have continued to take advantage of the disruption caused by the virus to step up their operations, with a number of high-profile attacks," he said, adding that ISIS fighters have maintained the ability to move and operate, including across unprotected borders.

As ISIS' regional affiliates entrench themselves and gain autonomy and strength, they could provide the group new capabilities and options to conduct external operations, he said.

"Member States warn that ISIS could regain the capacity to orchestrate attacks in different parts of the world in the course of 2021," Voronkov said, adding that ISIS's primary focus remains resurgence in Iraq and Syria, where the international community continues to grapple with the legacies of the group's so-called 'caliphate'.

Voronkov said that about 10,000 ISIS fighters, including foreign terrorist fighters in the low thousands, remain active in the region, the majority of them in Iraq, pursuing a protracted insurgency.

"These sizable remnants are assessed to pose a major, long-term and global threat. They are organised in small cells hiding in desert and rural areas and moving across the border between the two countries, waging attacks," he said.

The UN official underscored the need to end the "scourge of terrorism" by defeating ISIS in cyberspace, disrupting new attacks globally and tackling the threat posed by its regional affiliates, especially in Africa.

"We must urgently solve the protracted issue of ISIS member... lest our failure enables the group's resurgence," he said, assuring that through the Global Counter-Terrorism Coordination Compact, the UN system will continue to "stand by Member States as they rise to these challenges".

According to a report, ISIS is currently assessed to have between 1,000 and 2,200 fighters in Afghanistan spread across several provinces and is expected to continue to target Kabul and provincial capitals in future attacks.

Shihab al-Muhajir, announced as the group's new leader in June 2020, reportedly heads ISIS operations in Afghanistan, Bangladesh, India, Maldives, Pakistan, Sri Lanka and States in Central Asia. He is said to have had an earlier affiliation with and to maintain familial ties to the Haqqani Network.

Turning to Asia, the UN official said ISIS' affiliate in Afghanistan is assessed to still have between 1000-2200 fighters spread across several provinces.

"Despite degraded military capabilities, it has continued to exploit difficulties in the Afghan peace process, and claimed a number of high-profile attacks," he said.

ISIS also remains resilient in South-East Asia, with a number of factions. The involvement of women in suicide bombings has continued, with two such attacks in the Philippines in August 2020.

Noting that 2021 is the 20th anniversary of resolution 1373, which the Security Council adopted on countering terrorism in the wake of the 9/11 attacks in the US, Voronkov urged Member States to recommit themselves under UN auspices to "multilateral action against terrorism".

She pointed to the current "volatile and complex" security environment, which she maintained is highlighted by "generational challenges" from terror groups.

"The COVID-19 pandemic is the most urgent challenge," Coninsx said, noting that it has accelerated many underlying issues that are fuelling various threats and "leaving us in a precarious situation."

Among other things, it has diverted attention and resources away from combatting the spread of violence and extremism by terror groups and created obstacles for Member States to repatriate their nationals from Syria and Iraq, Coninsx said.

The UN remains "deeply concerned at the dire situation faced by mostly women and children in camps that have no access to medicine, hygiene or shelter, which has been exacerbated by the pandemic's restrictions on humanitarian aid," she said.

Also read: China will 'eat our lunch,' Biden warns after clashing with Xi on most fronts