No change in Pakistan's defence budget amid govt's austerity drive

Minster of state for revenue Hammad Azhar on Tuesday presented in Parliament the austerity driven budget for fiscal year 2019-20, which starts from July 1. 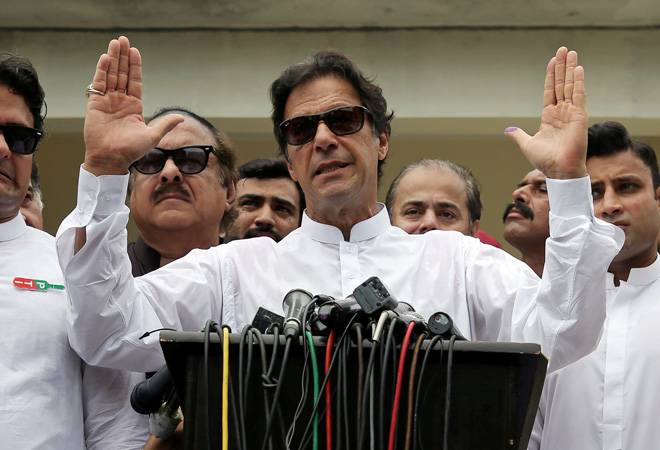 Pakistan on Tuesday announced that its defence budget for the next fiscal year (2019-20) will remain the the same as the last year's Rs 1,150 billion amid an austerity drive by the government to solve the cash-strapped nation's financial woes.

Pakistan's military, in a rare move, early this month decided to voluntarily cut the defence budget for the next fiscal year and assured the nation that there would be no impact to its "response potential" due to the voluntary cut in the budget.

Minster of state for revenue Hammad Azhar on Tuesday presented in Parliament the austerity driven budget for fiscal year 2019-20, which starts from July 1.

Defence budget will remain unchanged at Rs 1,150 billion to the level of last year, he said.

Earlier, Prime Minister Imran Khan said that there will be no increase in the defence budget of the country for the next fiscal year.

Khan made the announcement during Eid holidays and a week before unveiling of national budget for 2019-20 on June 11.

He said that army voluntarily agreed to cut its spending due to precarious economic situation.

"I appreciate Pak Mil's unprecedented voluntary initiative of stringent cuts in their defence expenditures for next FY (fiscal year) because of our critical financial situation, despite multiple security challenges, he said.

Khan also said that the government will spend the money saved on the development of merged tribal areas and Balochistan.

ALSO READ:Pakistan to allow PM Modi's aircraft to fly over its airspace to Kyrgyzstan

Pakistan in 2018 was the 20th biggest military spender in the world with an expenditure of USD 11.4 billion, a report published by the Stockholm International Peace Research Institute said in April.

The government's budget focused on austerity, growth and tax collection.

The minister said the total fiscal deficit will be 7.1 per cent of GDP, which is lower than 7.2 per cent of last year.

He said the target set for Federal Bureau of Revenue (FBR) was Rs 5,550 billion and the government will take measures to increase tax to GDP ratio to 12.6 per cent.

He also announced several changes in tax regime that will generate additional over Rs 700 billion.

The minister said that Rs 3,255 billion will be disbursed to provinces from federal resources under a constitutional arrangement which is 32 per cent higher than last year.

He announced that civilian expenditures will be reduced by 5 per cent from Rs 460 billion to Rs 437 billion.

The minister also said that GST will remain unchanged at 17 percent.

Prime Minister Khan attended the budget session and remained in his seat despite protests and slogans raised against him by Opposition.

Pakistan's Opposition parties created ruckus in Parliament during presentation of the budget by the government.

They tried to disrupt the speech of Minster Azhar. Members from the opposition parties gathered around treasury benches and raised anti-government slogans.

They chanted Go Niazi GO repeatedly to tease Prime Minister Khan whose surname is Niazi but he seldom use it with his name.

The Opposition also tore the copies of budget documents.

Earlier, Opposition lawmakers attended the session by wearing black bands as mark of protest against arrest of Opposition leaders.

They remained silent and listened the speech for some time but then stood up and started to protest.