With this, the IMF, the World Bank and the EU may continue downgrading Pakistan, making its financial situation more precarious 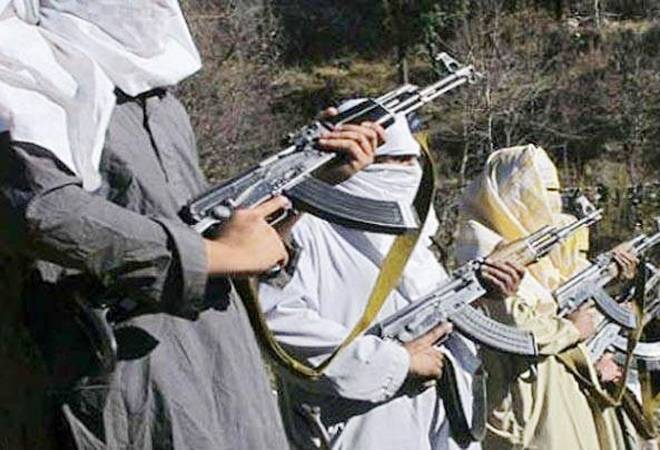 Pakistan has failed to complete 25 of the 27 action points given by the international terror financing watchdog FATF to check funding to terrorist groups such as LeT and JeM and frontal groups like Jamat-ud-Dawah and Falah-e-Insaniat Foundation.

With this, multilateral lenders like the IMF, the World Bank and the EU may continue downgrading Pakistan, making its financial situation more precarious.

The Paris-headquartered Financial Action Task Force has asked Pakistan to explain whether it has launched any investigation into the USD seven million allocated to maintain schools, madrasas, clinics and ambulances originally operated by terror groups like Lashkar-e-Taiba, Jaish-e-Mohammad, and LeT fronts Jamat-ud-Dawah and Falah-e-Insaniat Foundation.

JuD and FIF are founded by terror mastermind Hafiz Saeed.

LeT is responsible for a number of terrorist strikes in India, including the 2008 Mumbai attacks and the hijacking of an Indian Airlines aircraft to Afghanistan in 1999.

Most recently, it attacked a CRPF bus in Pulwama in Feb this year, killing 40 soldiers.

Pakistan is in deep trouble at the FATF meeting beginning Sunday in Florida in the US, people aware of the development said.

"It has been unable to complete 25 of its 27 action points. It has one last chance, till its 15-month deadline ends in October 2019, when the FATF Plenary will be held," one of them added.

In June 2018, Pakistan was placed in the 'Gray' list and given a 27-point action plan by FATF. This plan was reviewed at the last plenary in October 2018 and for the second time in February this year, when the country was again put into the 'Gray' list after India submitted new information about Pakistan-based terrorist groups.

The FATF continuing Pakistan in the 'Gray' list means its downgrading by IMF, World Bank, ADB, EU and also a reduction in risk rating by Moody's, S&P and Fitch.

This will add to the financial problems of Pakistan, which is seeking aid from all possible international avenues.

In a bid to bluff the financial watchdog, Pakistani authorities have shown arrests of LeT, JeM, JuD and FiF cadres. But all were apprehended under its Maintenance of Public Order Act and not under the Anti-Terrorism Act, 1997.

Under the MPO Act, authorities cannot hold a detainee beyond 60 days.

Pakistan has detained JeM founder Masood Azhar and LeT founder Hafiz Saeed mostly under the laws that provide for detention for apprehension of breach of peace; they have never been prosecuted under anti-terror laws.

The FATF implements UN designations, which do not warrant arrest. They ask only for freeze of funds, denial of access to weapons and travel embargo. The financial watchdog also wants nations to impose penalties that are proportionate and dissuasive.

The MPO Act is not seen as satisfying either of the two conditions. Therefore, none of these arrests will satisfy the FATF or the UN Designations Committee.

However, these properties are now being run by its provincial governments.

The FATF has now asked Pakistan to explain whether there are any terror-funding investigations to unearth the sources and entities that funded these organisations with USD 7 million per annum for the past several years.

In the last meeting of the FATF in Paris, the FATF said Pakistan should continue to work on implementing its action plan to address its strategic deficiencies, including by adequately demonstrating its proper understanding of the terror financing risks posed by the terrorist groups and conducting supervision on a risk-sensitive basis, demonstrating that remedial actions and sanctions are applied in cases of Anti-Money Laundering and Combating Financing of Terrorism violations and that these actions have an effect on AML/CFT compliance by financial institutions.

Pakistan, it said, should demonstrate that competent authorities are cooperating and taking action to identify and take enforcement action against illegal money or value transfer services, demonstrating that authorities are identifying cash couriers and enforcing controls on illicit movement of currency and understanding the risk of cash couriers being used for terror financing (TF), improving inter-agency coordination including between provincial and federal authorities on combating TF risks besides others.

Honda Cars plans to increase vehicle prices by up to 1.2% from July