The lawmakers voted 358 to 234 in favour of the so-called divorce agreement with the 28-member economic bloc, handing Johnson a decisive 124-vote majority 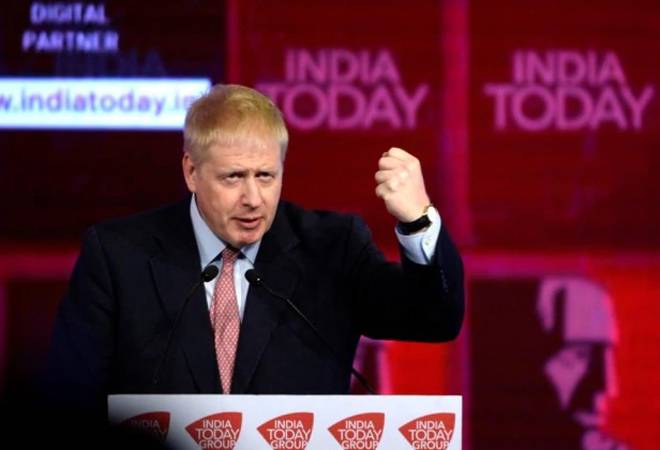 Newly elected British Parliamentarians on Friday definitively backed Prime Minister Boris Johnson's Brexit Bill setting the stage for the UK's exit from the European Union (EU) by the January 31, 2020 deadline. The lawmakers voted 358 to 234 in favour of the so-called divorce agreement with the 28-member economic bloc, handing Johnson a decisive 124-vote majority.

The result marks a far cry from the repeated defeats faced by the EU (Withdrawal Agreement) Bill in the previous Parliament under a Johnson-led minority Conservative government. He had called the December 12 snap General Election in the hope of winning a majority and went to the electorate with a central "Get Brexit Done" message, which resulted in a landslide victory for his party.

The bill, which had its second reading in the House of Commons on Friday ahead of the vote, now goes on for further scrutiny in the Commons and House of Lords. The modified version of the bill tabled this week also includes a ban on an extension to the agreed transition period during which the UK is out of the EU but follows many of its rules past 2020. Johnson told MPs the vote would allow the country to "move forward".

Opposition Labour leader Jeremy Corbyn told his MPs to vote against it, saying there was "a better and fairer way" to leave the EU. "The second reading of the Withdrawal Agreement Bill has passed which means we are one step closer to getting Brexit done," Johnson said on Twitter soon after the historic vote.

Earlier, opening the debate on his bill on Friday morning, the UK PM called on the British public to discard the Brexit labels of "leave" and "remain" and come together. "We come together as a new Parliament to break the deadlock and finally to get Brexit done," he said. The MPs also backed the timetable for further debate on the bill over three days when they return after the Christmas recess on January 7, 8 and 9 of the next year.

This indicates the UK government is determined to get the bill into law in time for the January 31 Brexit deadline. "It ensures we depart on January 31. At that point Brexit will be done. It will be over," Johnson told MPs ahead of the vote. Johnson insists a trade deal with the EU can be in place by the end of the transition period, but the Opposition parties feel the timescale of December 2020 is unrealistic.

The Scottish National Party's (SNP) leader in Westminster, Ian Blackford, said: "Scotland still totally and utterly rejects Brexit, yet the Prime Minister is blindly hurtling towards the cliff edge with these Brexit plans that will leave us poorer, leave us worse off. "By placing that deadline, that risk of a no-deal Brexit, that we all fear is very much, is on the table again."

The passage of the withdrawal agreement at this stage marks an important step since the 2016 referendum, when the UK voted by 52 per cent to 48 per cent to leave the EU. An earlier withdrawal agreement - reached between previous UK Prime Minister Theresa May and the EU was rejected multiple times by Parliament over the controversial Irish backstop - an insurance policy to ensure post-Brexit continuity of an open border between EU member-state Ireland and UK territory Northern Ireland.

Johnson's agreement shed the backstop in favour of an effective invisible border in the Irish sea, which also proved controversial, but his parliamentary majority meant he had the numbers to get it over the threshold.