Cancelled launches, price drops and more. The global real estate scenario is on shaky grounds, but thanks to economic stability and sustained demand, the domestic market is all set to thrive. Experts weigh in.

Indian real estate will continue to thrive through 2023, claim experts

Even as the global housing market faces a slump, 2023 is likely to be a year of expansion and growth for the Indian market claim real estate experts driven primarily with the economy showing stability and a strong end-user residential demand.

International realty
In USA, interest rate hikes have resulted in cancellation of projects. In the UK, property investment returns fell 10.4 per cent in 2022, in a sharp turnaround from gains of 20 per cent in 2021, claimed reports. However, the real estate markets of Asia have shown resilience in recent months. Research analysts, Credit Suisse has stated that Singapore property will be a “beacon of light” despite global housing slump. Indian real estate: Sustained urbanisation will drive growth
“The Indian real estate sector is pretty much mirroring the resilience shown by the Indian economy despite global headwinds. Real estate is expected to contribute a larger share of India’s GDP and expand its market size in the coming years. Growth levellers are even, and momentum is only likely to ramp up in magnitude. While the global real estate industry has seen a slump and sales plummet, the Indian real estate sector serves as a fitting example of tiding over tumultuous times and show signs of growth consistency in the years to come as well,” Manoj Gaur President Credai NCR and CMD Gaurs Group told Business Today. In India, the market is likely to thrive, claim realtors, despite headwinds. Yash Miglani, MD Migsun Group says, “The Indian real estate industry is currently thriving, despite headwinds faced by the global real estate market. A number of factors are driving this success, including strong economic growth, favourable demographics, and an increase in foreign investment. Economic growth in India has been strong in recent years, averaging around seven per cent per year. This has led to rising incomes and increased demand for housing, both from first-time buyers and those looking to upgrade their homes.” 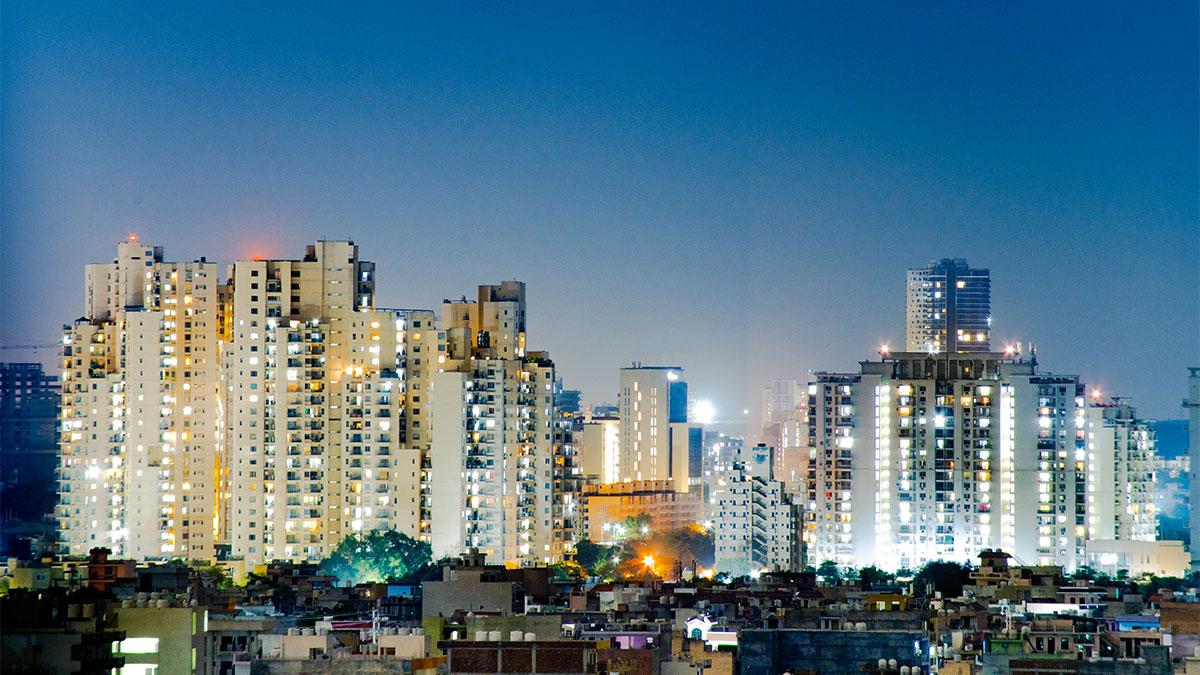 Favourable demographics
Favourable demographics are also playing a role, with a young population that is increasingly urbanising and seeking better quality housing. Anshuman Magazine, Chairman & CEO - India, South-East Asia, Middle East & Africa, CBRE said, “In India the house ownership as a percentage of the population is low and with increasing urbanisation the demand of housing in India has maintained its buoyancy. This is expected to touch new heights in 2023. This can be seen from the fact that ready to move inventory is almost over and now customers are getting options in under construction projects only hence there is a robust demand for housing properties. India has the unique advantage of a large and youthful labour market and has risen in the global business environment ranking and continues to be an attractive market for investors globally.

Infrastructure spending is key to the realty success of India
Infrastructure spending on the roads, metro-railway and other amenities have sustained realty growth in India. Magazine adds, “A sizeable capital spending on infrastructure and asset-building projects has been a key factor that has boosted growth multipliers in the real estate ecosystem. During challenging times, businesses have looked at India as an attractive, resilient, and cost-effective investment destination to contain costs.”

Foreign investments
Foreign investment has also been a key driver of the Indian real estate market. A number of large overseas investors have pumped money into the country's real estate sector in recent years, attracted by its potential for long-term growth. This has helped to offset any slowdown in domestic demand and keep the market buoyant.

Sales projections for 2023
Anuj Puri, Chairman, Anarock Group told Business Today, "In 2023, residential supply is likely to lag sales as developers may focus on execution and calibrate launches. However, sales are likely to be in similar range as of 2022. Consolidation may continue for a while with the share of large and listed developers being 33 per cent to 35 per cent of the overall residential area sold in 2023. A word of caution - buyer sentiment might be impacted if inflation remains unchecked. Commercial office demand may shrink by 10 per cent to12 per cent in 2023 amidst the looming recession. Office supply may exceed demand leading to a rise in vacancy levels from the current 16 per cent to around 18-20 per cent. A possible recovery in the commercial office sector is likely by Q4 CY 2023.