Incorporated in January 1999 on the flood plains of Sabarmati river in Ahmedabad, Adani Wilmar (AWL) has grown into the largest edible oil player in the country over the last two decades

Edible oil brand Fortune may be a familiar name in Indian households but that barely scratches the surface, when it comes to its parent Adani Wilmar (AWL). The 50:50 joint-venture entity between Ahmedabad-based Adani Group and Singapore’s Wilmar International, is not only billionaire Gautam Adani’s flagship consumer goods company. It is also one of the largest fast moving consumer goods (FMCG) giants in the country that is now going public.

As per its management, the plan is to list the company on the stock exchange within this year as it aims to raise Rs 4,500 crore from the market by issuing fresh shares. Currently, two promoter entities -- Adani Commodities Ltd (subsidiary of Adani Enterprises) and Lence Pte Ltd  (subsidiary of Wilmar International) each own nearly 57.174 crore shares (with a face value of Rs 1 each) in AWL. Out of the IPO (initial public offer) proceeds, Rs 1,900 crore will be used in capital expenditure and Rs 500 crore in “funding strategic acquisitions and investments”. While it will also help in repaying Rs 1,170 crore of its debts.

With its Rs 37,090 crore operating revenue in 2020-21, the firm has managed to grow its top-line by an impressive rate (25 per cent year-on-year) in a period that was otherwise disruptive, to say the least. But what is more amusing is its ability to stay under the radar. At a time when estimate-based valuations and high voltage branding exercises are attracting the attention of the investors, much like an iceberg, AWL's vast business empire remains mostly under the surface.

Incorporated in January 1999 on the flood plains of Sabarmati river in Ahmedabad, Adani Wilmar (AWL) has grown into the largest edible oil player in the country over the last two decades. Currently, it has leadership positions in soyabean (No.1), mustard (No.1) and palm oil (No.2) segments. Its dominance in the largest FMCG category -- edible oil -- in the country that is estimated to have annual sales of nearly Rs 5 lakh crore, is surely AWL’s biggest asset.

But its presence in the international markets, industry essential categories and packaged foods business, are some of the less known facets. During 2020-21, AWL generated Rs 2,700 crore from overseas markets. While, its industry essentials business segment, primarily comprising castor oil beans and other edible oil raw materials & derivatives, contributed some Rs 4,700 crore or about 13 per cent towards its top-line.

In the foods business, according to Angshu Mallick, Managing Director and Chief Executive Officer, AWL, the company now holds second and third position, respectively, in the branded wheat flour and rice markets. And at 18.3 per cent its share in the packaged edible oil market is far ahead of its competitors like Ruchi Soya (8 per cent), Emami (6 per cent) and Cargill (4 per cent).

Edible oil has been its core business since inception but Mallick says, after finding its feet in the packaged commodities market, which it had entered in 2014, AWL is now going aggressive in the fast growing ready to cook segment. AWL forayed into the space last year and in packaged sugar this year.

With 18 refineries, 10 crushing units and 28 tolling units, he bets on AWL’s unique capability of seamlessly integrating its sourcing points and production units. It is an import heavy sector and over 65 per cent of edible oil raw materials are shipped in the country. And having the shipping ports under the group umbrella is AWL’s biggest advantage, when it comes to operational efficiency over its rivals, he claims. In fact, many of its plants are strategically located near Adani operated ports, like in Mundra in Gujarat.

To further augment its production capacity, “AWL is now setting up an integrated plant in Gohana (Haryana) with a capacity of 400 tonnes per day (TPD) rice bran oil, 100 TPD mustard oil, 200 TPD wheat flour plant, 576 TPD paddy to rice line. This will be funded by the proceeds of the issue and will be completed by 2024,” Mallick told Business Today.

By having a distribution reach of over 1.6 million physical retail outlets, its flagship brand Fortune now touches over 90 million or one-third of all Indian households, the company claimed.

Once listed, AWL will become the third largest listed FMCG company by revenue, only behind ITC and Hindustan Unilever. However, in spite of its stupendous top-line performance, its profitability may remain a concern for many investors.

According to the company, its earnings before interest, tax, depreciation and amortisation (EBITDA) has grown by 20.2 per cent compound annual growth rate (CAGR) between FY2015 and FY2020, second only to F&B major Nestle India (22.8 per cent CAGR). But its EBITDA margin fell to 3.8 per cent in FY2021 from 4.8 per cent and lags most of the other FMCG majors. This, despite the company cutting down on its capital expenditure (capex). In FY2021, its capex stood at Rs 460 crore, down from Rs 910 crore two years ago. While net profit margin improved to 1.77 per cent -- due to deferment of tax liabilities in FY2021. 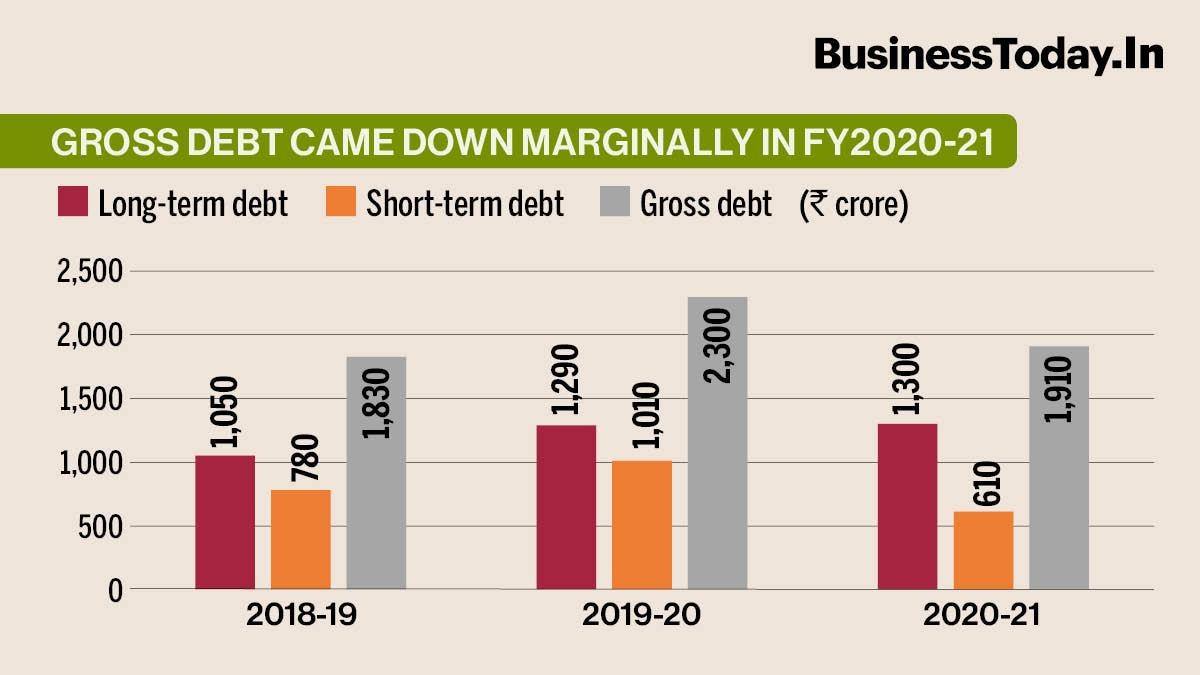