Delhi violence: Atul Garg, Fire Department director has stated that he received 19 calls from 12 am till 8 am on Thursday from the violence affected areas of Northeast Delhi

Delhi violence: So far, 35 people have been killed and over 200 injured in the communal clashes
BusinessToday.In

After three days of riots, an uneasy calm has settled in Delhi. So far, 35 people have been killed and over 200 injured in the communal clashes that broke out after violence between anti and pro-Citizenship (Amendment) Act groups spiralled out of control. Meanwhile, Delhi HC Judge S Muralidhar, who was hearing the Delhi violence case, has been transferred to the Punjab and Haryana High Court. Muralidhar had expressed "anguish" over the Delhi Police's failure to register FIRs against alleged hate speeches by three BJP leaders. The Delhi Police has been accused of not doing enough to contain the riots.  On Wednesday, National Security Adviser Ajit Doval visited the violence-hit parts to bring the situation under control. After this, the police filed 18 FIRs and arrested 106 people for their involvement in riots.

Check all the latest updates on BusinessToday.In live blog

12:59pm: Union Home Minister Amit Shah chaired a meeting today to review the situation in Delhi. The home secretary and other senior officers were part of the meeting.

A delegation from the Indian National Congress led by Smt Sonia Gandhi and Dr Manmohan Singh met President Ram Nath Kovind on Thursday. The party has urged the president to remove Home Miister Amit Shah and accused him of abdication of duty. Sonia Gandhi-led delegation also urged President to use the power to protect 'rajdharma'. The Congress party said President Kovind would take cognisance.

"Situation is better now. I'm trying to provide medicines to the people who have urgent requirements," Raisul Islam, a medical store in Chand Bagh area.

Delhi: A medical store owner Raisul Islam in Chand Bagh area says, "Situation is better now. I'm trying to provide medicines to the people who have urgent requirements. Members of both communities carried out a peace march in the area to help restore normalcy." #DelhiViolence pic.twitter.com/mzLPxWMNOF

"As of now the situation is returning to normal. We are registering cases and proceeding with legal action, soon we will be making arrests. I hope all these things will contribute to normalcy," SN Shrivastava said.

As against cited shortages of police personnel in Delhi, it is stated that there is adequate strength of forces on ground since this Monday. Based on professional assessment, 73 Coys of CAPFs deployed in addition to 40 Coys of Delhi Police.

11:48am: AAP leader Sanjay Singh, "Tahir Hussain has already given his statement in which he said that he gave all details to police and media about mob entering his house during the violence. He had asked police for protection".

Delhi police joint commissioner OP Mishra has said, "Grocery and medical stores can be opened". He told people to not assemble in groups and added, "There is nothing to fear, police are here for your security".

#WATCH Delhi Police Joint Commissioner OP Mishra during a flag march in Chand Bagh area announces, "Grocery, medical and other shops can be opened. There is nothing to fear, police are here for your security. Please don't assemble in groups, especially the youth". #DelhiViolence pic.twitter.com/nYhseSjf00

11:20am: Delhi violence targeted against Muslims: US Commission on International Religious Freedom

The US Commission on International Religious Freedom (USCIRF) has said that the Delhi violence in which over 30 people were killed, was specifically targeted against the Muslims.

The Ministry of External Affairs, on Thursday, said that United States Commission on International Religious Freedom (USCIRF), sections of media and a few individuals had made inaccurate comments on Delhi communal clashes. The MEA said the remarks were made to politicise the issue. The MEA has urged people to avoid irresponsible comments and assured government was working to prevent further violence.

10:50am: WhatsApp goups, 'outsiders' under scanner

Several WhatsAPP groups and people from outside Delhi are under scanner in connnection with Delhi violence.  According to ANI news agency, WhatsApp chats revealed hate speeches, rumour-mongering  and plan for attacks. Phone chats also included content like-stones to be brought from Maujpur, Barbarpur, Chand Bagh and Kardampuri.

Union BJP minister Ravi Shankar Prasad gave a clarification on the transfer of Justice Muralidhar. Prasad said that his (Muralidhar) transfer was done on recommendation of SC collegium. "A well-settled process was followed," Prasad added.

Congress, on Thursday said that Delhi HC Judge S Muralidhar transferred by government was to save BJP leaders in Delhi violence case. The party also stated that, "It seems those doing justice in country will now not be spared".

10:25am: Remembering the brave Judge Loya, who wasn't transferred

Congress leader Rahul Gandhi, on Thursday, wrote a tweet in which he remebered Justice Loya. The tweet was in a reference to the transfer of Delhi High Court Justice S Muralidhar, who was hearing the Delhi violence case.

10:20am: Class 8 student who went to take exam missing since Monday

A 13-year-old girl, who had gone to school to take an examination in the Khajuri Khas area two days ago, went missing amid violence in northeast Delhi, according to police.

The death toll in violence-hit areas in northeast Delhi has risen to 32, according to senior health department official.

Delhi Police has issued two helpline numbers 22829334 and 22829335 wherein people can contact for any assistance or can share any information with the police.

9:50am: Over 100 people arrestd in connection with Delhi violence

Police has registered 18 FIRs so far and 106 people have been arrested in connection with the violence, Delhi Police spokesperson, M.S Randhawa said.

9:45am: Security personnel deployed in Maujpur, Jafrabad, Seelampur and Babarpur 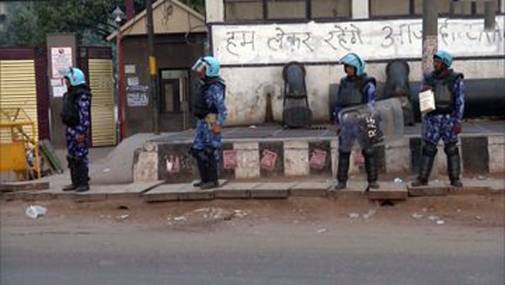 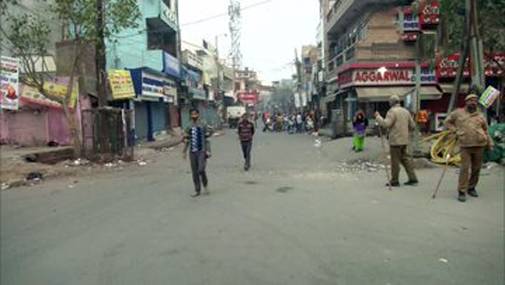 Atul Garg, Fire Department director stated that he received 19 calls from 12 am till 8 am on Thursday from the violence affected areas of Northeast Delhi. Garg added, "More than 100 firemen have been deployed. The four fire stations in these areas have been provided with extra fire tenders".

Search for an address getting lost

A storm raging the country at gunpoint

Is it the end of democracy?

Who will give the answer?

Will there be a solution

You and me are deaf and dumb

The sacred land turns into a hell

9:30am: Priyanka Gandhi blasts over midnight transfer of Justice Muralidhar- "The midnight transfer of Justice Muralidhar isn't shocking given the current dispensation, but it is certianly sad and shameful.  Millions of Indians have faith in a resilient and upright judiciary, the government's attempts to muzzle justice and break their faith are deplorable," Congress general secretary said.