Known for feasting on all sorts of plants and standing crops, locust swarms have been sighted in parts of Rajasthan, Maharashtra, Madhya Pradesh (MP), Uttar Pradesh (UP), and Gujarat over the last few days. Since May marks the end of rabi harvest, it is unlikely to damage any major standing crops. However, horticulture crops such as fruits and vegetables are at risk of a wash-out in these states. "The impact of the locust attack is currently minimal given that the rabi harvest is already complete but impact is expected on horticulture produce, however, if the attack is not curtailed, it would pose a risk to kharif production, in turn impacting farm profitability," said a Motilal Oswal Institutional Equities report. 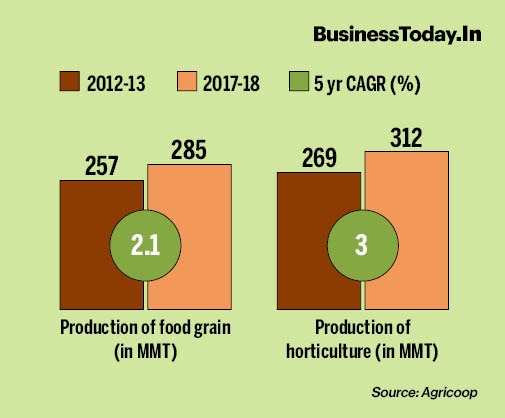 Vegetables, on the other hand, constitute 59 per cent of the horticulture and these five states together had a share of 39 per cent in the production. "Generally, January-March is the period for the sowing of sugarcane; any locust attack may impact sugarcane crop in UP," it further added. UP constitutes around 45 per cent to the normal sugarcane sowing area of India. Currently, the country has deployed 89 fire brigades with pesticide spray, 120 survey vehicles, 47 control vehicles with spray equipment, and 810 tractors mounted with sprayers for effective locust control, as per the requirement on different days.

The loss is limited currently but risk persists. "The outbreak has to stop before the arrival of monsoon rainfall in June or July, when the locusts would mature and breed. If infestation is not controlled, it would pose a threat to kharif crop," it said.

No locust incursion was reported during 2018/19. However, an intrusion was reported in 2019/20 in some districts of Rajasthan, Gujarat and Punjab. As per a Rajya Sabha reply, state government of Rajasthan has stated crop losses in an area of 1,79,584 hectare and state government of Gujarat reported a total estimated affected area of 19,313 hectares, during 2019/20. There were no crop losses due to locust attack in Punjab, during the period.