Another superstorm to hit India on June 3; all you need to know about cyclon 'Nisarga'

According to Ahmedabad meteorological centre of IMD, squally wind speed is likely to reach 90-100 kilometre per hour gusting 110 kilometres per hour over Gujarat coasts between June 3 and 4 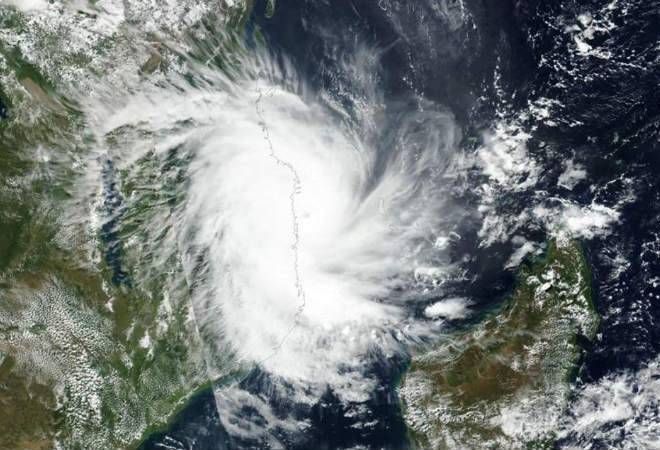 Maharashtra and Gujarat have received a red-colour coded warning from the Indian Meteorological Department (IMD), in view of a cyclonic storm, called Nisarga. The cyclone will be reaching the coasts of the two states on June 3, Wednesday.

According to IMD, "A low pressure is currently over the east-central Arabian Sea and the Lakshadweep Islands. It is likely to intensify into a depression in the next 12 hours and a cyclonic circulation in the next 24 hours".

A low-pressure area is the first stage of any cyclone.

IMD added that the system would move nearly northwards initially till June 2. It will then recurve and reach near north Maharashtra and south Gujarat coasts around June 3.

The system will bring heavy rainfall and strong winds with a speed of 90-100 kmph in the coastal districts of Maharashtra and Gujarat.

The IMD has four colour-coded warnings as per the intensity of any weather system -- green, yellow, orange and the last one being red.

According to  Ahmedabad meteorological centre of IMD, squally wind speed is likely to reach 90-100 kilometre per hour gusting 110 kilometres per hour over Gujarat coasts between June 3 and 4.  Sea conditions will remain very rough in Gujarat, Kerala, Karnataka, and Maharashtra. Maharashtra Chief Minister Uddhav Thackeray has requested fishermen to avoid venturing into the sea for the next 3-4 days.

This will be the second cyclone of this season in the country. On May 20, super cyclonic storm Amphan hit the coastal districts of West Bengal and Odisha, causing massive devastation.