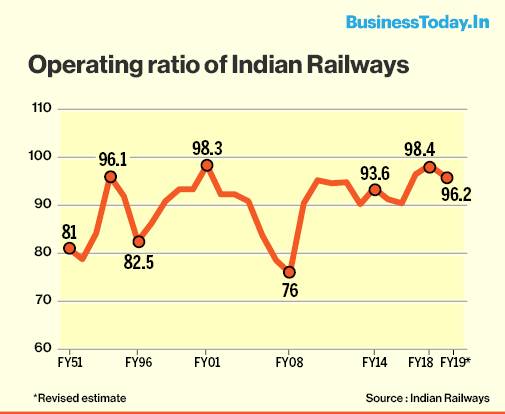 On the contrary, the figures have turned out worse. Railways' expenditure on salaries has been gradually increasing with a significant jump every few years due to Pay Commission revisions. The pension bill is also expected to increase further in the coming years as about 40% of the Railways staff was above the age of 50 years in 2016-17.