Urjit Patel's sudden resignation as the Reserve Bank of India's governor sent the Sensex diving, the rupee tumbling and the Modi government scrambling to find its footing 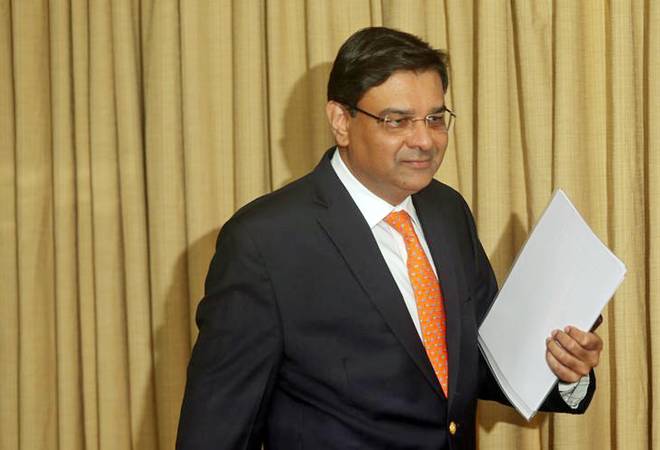 Urjit Patel's sudden resignation as the Reserve Bank of India's governor sent the Sensex diving today, the rupee tumbling 114 paise and the Modi government scrambling to find its footing. According to sources in the know, the government learnt about Patel's resignation just minutes before he publicly issued his statement, The Economic Times reported.

"We became aware of the resignation only at 4 pm," a senior government official told the daily, expressing surprise at the development. "This was not expected. There are no names for replacement yet."

However, the names of some former and serving finance ministry officials started making the rounds hours after Patel stepped down. According to central bank watchers, by convention the senior-most deputy governor is appointed interim governor if there is no immediate appointment, which means that NS Vishwanathan is likely to make the cut. In 1970, when the then RBI governor LK Jha was appointed India's ambassador to the US, deputy governor BN Adarkar held the top post until S. Jagannathan took over as the 10th RBI governor.

So what prompted Patel to make this sudden move? A source told the daily that recent informal discussions initiated by one of the deputy governors had made no breakthrough and Patel decided to quit due to the "deadlock". Indeed, the lack of progress on key issues raised by the government ahead of the December 14 RBI board meeting might have been a trigger, since it hinted at possibly stormy proceedings during the meeting. The latest buzz is that in light of Patel's departure, the board meeting might be postponed.

Yet others say that the dice had been cast on October 26, when RBI Deputy Governor Viral Acharya made his fiery speech on the importance of independent regulatory institutions - a topic he claimed had been suggested by Patel. The speech itself brought into the open the growing rift between the RBI and the government in the preceding months.

In the build-up to the RBI board meeting in October, there was a growing view in the government that stakeholder concerns weren't being taken into account. Eventually the government cited Section 7 of the RBI Act - for the first time ever - in a series of communications with the regulator, seeking consultations on 12 issues including a special liquidity window for non-banking finance companies (NBFCs), housing finance companies and mutual funds, and a capital framework for the RBI.

But despite a marathon eight-hour long meeting on October 23, only two out of 12 agenda items were taken up by the RBI's board, postponing the rest to the November 19 meeting, which was predicted to see a showdown between the RBI and the government. That was when the whispers about Patel's resignation were first heard.

Prime Minister Narendra Modi, in the meantime, had been steadily packing the RBI board with people with links to his party and economists favouring greater government influence over the RBI. In August, S. Gurumurthy, a confidante of Modi and until recently co-convenor of the Swadeshi Jagaran Manch, the economic wing of RSS, and Satish Marathe, a former banker who was in the student wing of the BJP, were named to the board. In October, the government appointed retired bureaucrat Revathy Iyer and Sachin Chaturvedi, head of a Delhi-based think tank, while removing Nachiket Mor, who was close to the RBI officials.

In the bargain, by the time the November board meeting came around, of the 18 current members on the board, five hailed from the government bureaucracy, two were finance ministry officials, and two boasted close links to Modi and the BJP. Previously, the RBI would usually propose new board members or the government would at least consult the governor before nominating members. Under Modi, there has hardly been any consultation, a former official directly aware of the appointment process told Reuters, and this reportedly was a sore point for the regulator.

The last RBI board meeting eventually saw both parties agree to sort out their issues through expert panels and committees, but the issues continue to linger. One of the items topping the agenda of the upcoming December meeting is RBI governance reform, which includes giving powers to the central bank board in the decision-making process. Similarly, calls were supposed to be taken on easing the RBI's prompt corrective action (PCA) framework and the restructuring scheme for MSMEs.