FMCG majors may have to choose between letting go of customers and margin squeeze in the coming days.

For both Nestle and HUL, resumption of outdoor activities in the urban market helped. Photo: Reuters

In spite of falling demand growth, steady rise in cost of key commodities and freight costs have forced the two of the largest fast moving consumer goods makers -- Hindustan Unilever (HUL) and Nestle India -- to hike prices during the July-September quarter. That, however, proved to be less than enough to sustain their margins as both reported a fall in their broader margins -- thereby, stoking fears among market watchers about possible impact on their profitability in coming months.

HUL -- the country's largest non-tobacco FMCG player -- today reported a 11 percent year-on-year growth in its domestic sales for the July-September quarter. But its volume growth remained below street estimates -- at 4 per cent, indicating a steep 7 per cent price-led growth during the quarter. Despite raising its product prices, its earnings before interest tax depreciation and amortisation (EBITDA) margin shrank by 46 basis points in the period. According to Ritesh Tiwari, chief financial officer at HUL, while the company managed to register growth across its portfolio, high inflation during the quarter may have impacted demand growth. Compared to last few quarters, "subdued rural demand" during August and September remained a spoiler.

Citing data from market research firm Nielsen, its management indicated that overall demand in the rural market have come down to 3.5 per cent in the August-September period, compared to 12 per cent during the first half of the year. 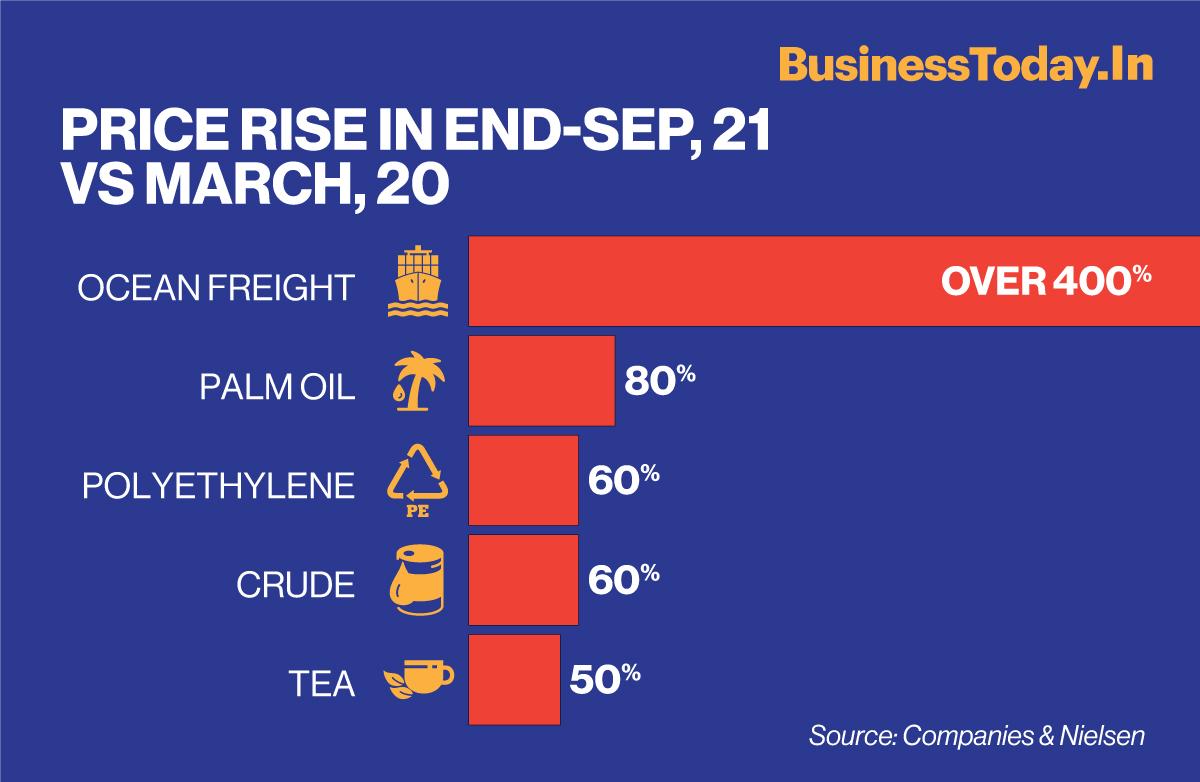 Further, according to Sanjiv Mehta, Chairman and Managing Director, HUL, consumers in India are optimistic about their long-term future but their short-term outlook remains gloomy due to job losses, rising cost of living, apart from the direct impact of the Covid-19 pandemic on their lives. "Urban demand was impacted due to lack of mobility but it is now coming back. The rural market was growing well but now it is moderating. We will have to monitor (the situation in rural market) very closely for the next few quarters," he said.

Country's largest packaged foods company, Nestle India witnessed margin squeeze too. The firm's EBITDA and gross margins fell by 86 and 239 basis points, respectively, in spite of calibrated price hikes. While, the company did not reveal the extent of price increases it effected during the quarter, CMD Suresh Narayanan recently indicated that Nestle is hiking prices directly by 3 per cent in several categories. This was over and above the reduction in pack sizes by Nestle. 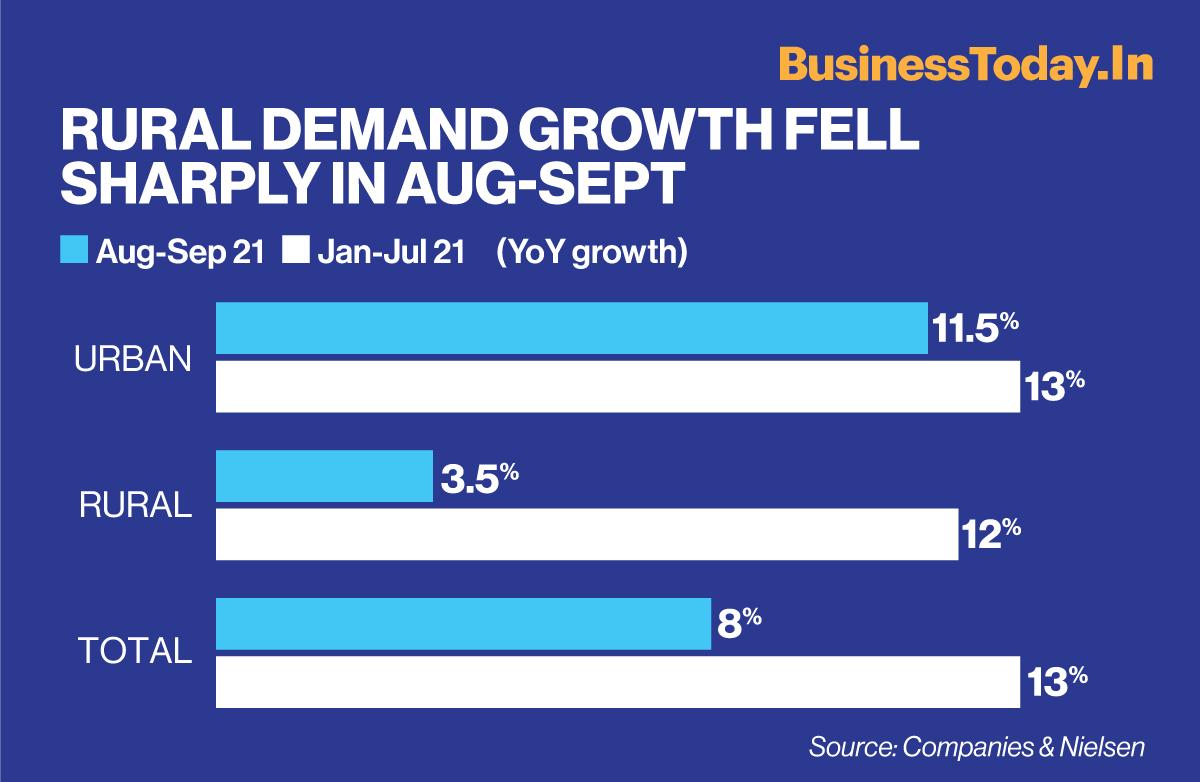 According to Deven Choksey, managing director at market analyst firm KR Chokshey, sudden fall in rural demand have surely impacted the finances of leading FMCG companies of late but continued rise in input costs is the biggest threat ahead of them. "All industry stakeholders are now complaining about steep inflation. Rural demand may bounce back after the sowing season but the next few months could be difficult for consumer goods makers. They may soon have to choose between continuing to hike prices and lose customers or take a hit at their margins," he said.

Narayanan from Nestle seems to agree. According to him, margin costs and margins will be a challenge for most consumer goods makers in coming quarters as inflation in agri-commodities like milk, edible oil and freight and packaging materials could get worse.

"Price outlook for key categories like wheat, coffee, edible oils remain firm to bullish while costs of packaging materials continue to increase amid supply constraints, rising fuel and transportation costs. Input prices expected to be on bullish trend both globally and to some extent locally. Fresh milk prices are expected to remain firm with continued increase in demand and rise in feed costs to farmers," Nestle India's management today said in a statement.

As per HUL's estimates, since the pandemic hit the local market in March 2020, cost of crude and key packaging material polyethylene is up by 60 per cent, while for palm oil it is 80 per cent higher. And cost of ocean freight has jumped over four times.

For both Nestle and HUL, resumption of outdoor activities in the urban market helped. After suffering subdued demand for over a year, HUL's beauty and personal care business grew 10 per cent led by strong y-o-y growth in its cooler cosmetics portfolio. With gradual opening of hotels, restaurants, offices and malls, Nestle witnessed "signs of a return to pre-pandemic levels of business traction in some geographies, categories and channels" in its out-of-home segment.