While three CRPF personnel have lost their lives, seven others injured in terrorist attack in Jammu and Kashmir's Handwara on Monday 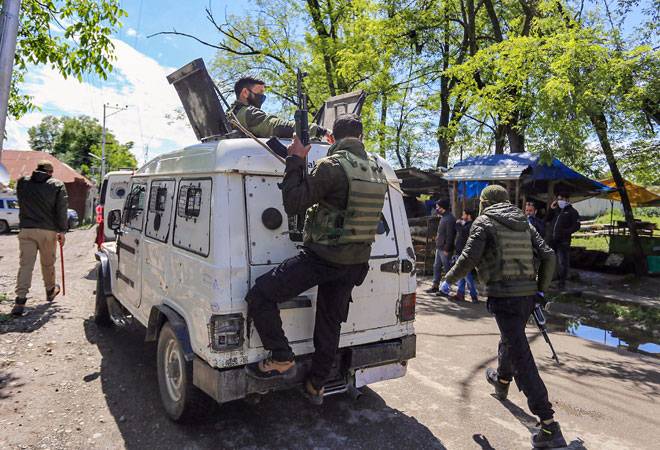 Three jawans of the Central Reserve Police Force (CRPF) were martyred and seven injured in a militant attack in Jammu and Kashmir's Handwara on Monday. One militant was also neutralised in the gun battle.

The militants attacked a patrolling party of the paramilitary force at Wangam-Qaziabad in Kralgund area of Kupwara district. Sources told India Today that it was an ambush and a fierce gun-battle is underway.

While three CRPF personnel have lost their lives, seven others injured in terrorist attack in Handwara, according to CRPF officials.

Meanwhile, a CISF jawan was also injured in a grenade attack on a security forces' camp at Nowgam area of Srinagar on Monday, officials said.

The encounter comes just a day after five security personnel, including two army officers, were martyred in an encounter in the same area. In nearly an eight-hour long firefight, security forces had neutralised two terrorists, which included Lashkar-e-Taiba (LET) chief identified as Haider.