'Should we get you food', says Zuckerberg Sr to Facebook founder on skipping meals

The conversation between the father-son duo has proved once again that no matter how successful or old people are, their parents will always treat them as their little kids Facebook CEO Mark Zuckerberg's recent conversation with his father, Edward Zuckerberg has taken the internet by storm. The conversation between the father-son duo has proved once again that no matter how successful or old people are, their parents will always treat them as their little kids.

Mark Zuckerberg, in a Facebook post on Friday, had asked his followers if they ever get so excited about working on something that they forget to eat their meals. Zuckerberg wrote, "Do you ever get so excited about what you're working on that you forget to eat meals?" He then added a comment to his post saying, "Keeps happening. I think I've lost 10 pounds in the last month from this, but our new products are going to be (fire)." 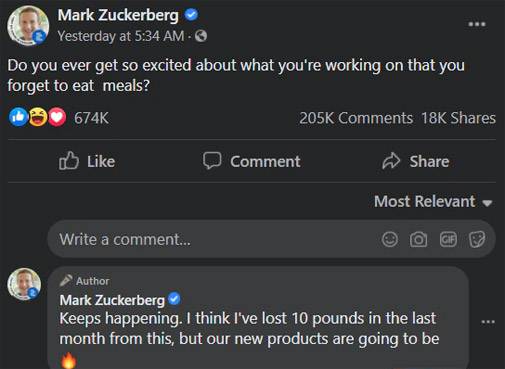 Among the thousands of replies to Zuckerberg's post was a comment made by his father. Edward Zuckerberg asked his son whether he wanted him and his mother to deliver his meals. He wrote, "Do you need Mom and I to deliver meals?" Replying to his father's question, Mark Zuckerberg wrote, "Aww thanks but I just need to stop forgetting to eat." Facebook users in the comment section to Zuckerberg's post have termed this interaction as a "peak father-son moment".

Many Facebook users are finding this interaction to be extremely relatable as they too have been embarrassed by their parents on social media. While some are calling Edward Zuckerberg a "cool dad".

Mark Zuckerberg's post has gone viral on the social media platform, The post had already amassed 7 lakh likes and over 2 lakh comments.

'We must fight this scourge of humanity together': Imran Khan expresses solidarity with India