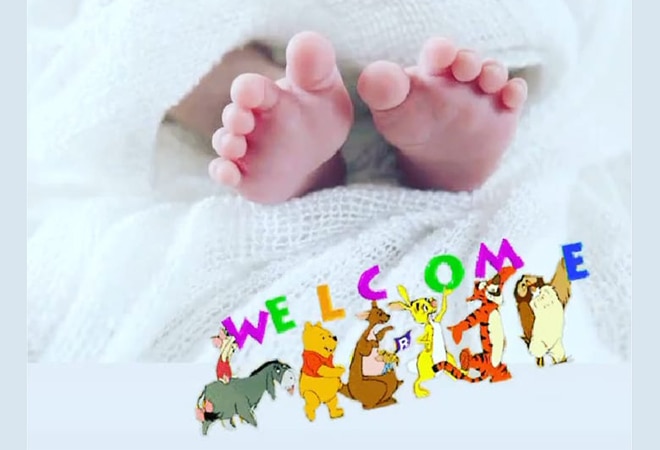 Kohli's adorable picture of his niece however shows only her tiny feet. This could be in line with the couple's attempt to keep the child away from limelight. "We've thought about it a lot. We definitely do not want to raise a child in the public eye-we don't plan on engaging our child in social media. I think it's a decision your child should be able to take. No kid should be made to be more special than the other. It's hard enough for adults to deal with it. It's going to be difficult, but we intend to follow through," Anushka Sharma had said in an interview to Vogue.

Virat Kohli, making the big announcement said, "We are thrilled to share with you that we have been blessed with a baby girl this afternoon. We thank you for your love, prayers and good wishes. Anushka and the baby are both healthy and we are feeling beyond blessed to start this new chapter of our lives. We hope that you can respect our privacy at this time. Love Virat."

The couple had announced on Twitter in August last year that they are expecting their first child. Kohli had shared an image and wrote, "And then, we were three! Arriving Jan 2021."

Twitter India had said that Kohli's tweet announcing the pregnancy is the most liked and retweeted tweet of India in 2020. Anushka Sharma had previously said that she would make a comeback in movies from May 2021 whereas her husband Virat Kohli had recently returned from Australia where he participated in the ongoing India-Australia cricket series.