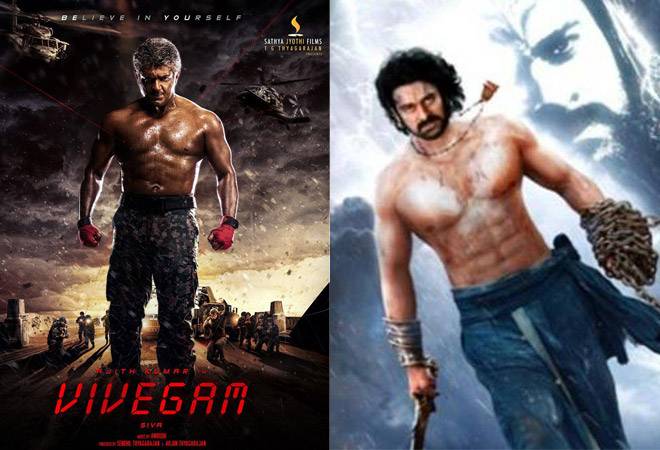 Its first weekend collections have surpassed SS Rajamouli's Baahubali 2: The Conclusion at the Chennai boxoffice.

The movie features Ajith Kumar as primary lead, with Vivek Oberoi, Kajal Aggarwal and Akshara Haasan playing the supporting roles. The film's background score and soundtrack were composed by Anirudh Ravichander, whose soundtrack album released on 7 August 2017. Cinematography has been handled by Vetri and editing by Anthony L. Ruben.

The film which released in over 3000 screens worldwide was made on a budget of Rs 100 crore. The movie saw massive advance bookings for the weekend. Vivegam tracks the life story of an Interpol officer (Ajith Kumar) and a set of events that in his life. The film also stars Kajal Aggarwal, Vivek Oberoi and Akshara Haasan in pivotal roles.

Baahubali 2: The Conclusion which was released on April 28 has Prabhas, Rana Daggubati, Anushka Shetty and Ramya Krishnan in lead roles.

Directed by SS Rajamouli, the movie was made at a budget of Rs 250 crore.