How These Successful Women Entrepreneurs Broke the Bias

The theme for this year's International Women's Day is #BreakTheBias. On this occasion, Business Today speaks with four leading women entrepreneurs who did exactly that and were early movers in the game

Radhika Ghai. Preeta Sukhtankar. Malini Agarwal. Rashmi Daga. These exceptional women have been active participants in the evolution of India’s entrepreneurial ecosystem over the past decade and more. What is remarkable about them is the humility, passion and sheer doggedness with which they have built their businesses. Whether they are starting afresh, raising a fresh round of funding to grow to the next level, or have merged into something bigger, the possibilities are endless. And, they are only just getting started. They have also faced challenges, disappointments and ups and downs, but they intend to stay at the front. Ghai, the first Co-founder of a unicorn, says her next will be a unicorn in four years. Sukhtankar is moving into an entirely new segment. Agarwal is being applauded by the industry for a stellar deal with MyGlamm, taking her platform to new heights. And Daga has bounced back after almost being written off during the pandemic. One more thing that brings these women together is their desire to see many more women founders make it in the start-up ecosystem.

She co-founded e-commerce company ShopClues, and is one of a select few women in the unicorn club. ShopClues was big for her, and she is leveraging the learnings from that for her next venture. In December 2021, Ghai launched Kindlife, a direct to-consumer (D2C) e-commerce platform of wellness products for a more premium target audience. Its USP? As the name suggests, the platform offers curated, ‘kind’ brands in clean beauty, nutri tion and home care that are either plant-based, organic, toxin-free, eco-conscious, or cruelty-free. Currently, the platform has more than 200 such brands. “Our goal is to build and bring all kind brands onto a single platform. Kindlife is built to bridge the gap between customers’ values and brands’ values. We believe it is essential to be kind, and in that pursuit, we bring together all products that are kind to you, kind to those around you, and kind to the environment,” says Ghai.

An example of a product from her portal would be 2BeKynd, a range of hand sanitisers (made with natural ingredients) and alcohol-free hand cream—which cost Rs 199 and Rs 399, respectively. Ghai says these have no toxic ingredients, making them 100 per cent safe and gentle for daily use. She plans to launch a host of such ‘kind’ microbrands across beauty, personal care and fitness. According to data from research and analysis firm Venture Intelligence, more than $1 billion in funding has been poured into the D2C segment in the past few years. In early traction, the company has over 200,000 customers visiting the platform each month and a community of 35,000+ members. The platform gives consumers the ability to shop for products via a concern-based AI solution built by inputs from subject matter experts. They can also shop based on certifications that have been provided by authorised agencies around the world. Kindlife is backed by investors such as Vani Kola of Kalaari Capital, and Rohit Bansal and Kunal Bahl of Snapdeal.

Ghai says Kindlife will be a unicorn in four years. The journey is on. 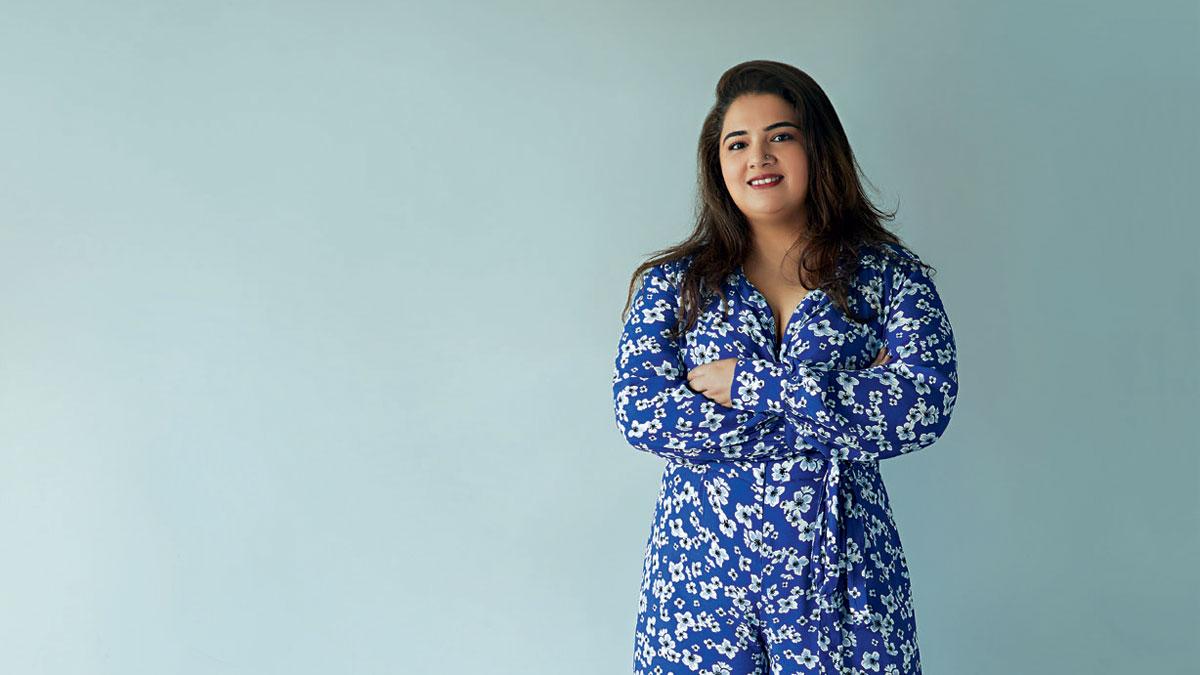 This January, when Goat Brand Labs bought a 90 per cent stake in The Label Life, it absorbed most of the start-up’s team. Preeta Sukhtankar, Founder, The Label Life, is now moving to an advisory role. Sukhtankar says the journey has been like training to be a pilot while flying a plane live—scary but thrilling. She set off to build The Label Life—an online fashion store for women—almost a de cade ago along with three separate labels, and is now onto her next. “The Label Life was a brand story from the very beginning and, in my opinion, that story was complete. Hence, selling to someone who would scale and build the ‘business’ of the brand was the right path ahead. As an entrepreneur I’m always itching to do more and I know it sounds like you’ve heard it before, but it is true that if you love what you do, it’s never work and, hence, why rest?”

So what’s next? Sukhtankar finds the Indian consumer story fascinating and with tremendous potential. The adoption of D2C brands, their stories being built on social media, and their dynamic founders comprise a heady cocktail that she is looking to tap into for her new venture. While she is coy about sharing the details, she says she is looking to collaborate with these brands’ stories and help put together a platform that allows these brands to win. Like Ghai, Sukhtankar is also looking at commerce and a more cu rated target audience. While listing a start-up would definitely be on the bucket list, she doesn’t see that as an end goal. For her, it’s about being able to personally impact, directly or indirectly, as many female-led businesses as possible.

“The term angel investing is now overused, so let me use mentor because we underutilise that one in this country—every founder should have one and not just female.” And she is looking to apply that as she builds out her new business venture and works with brands alongside. Popularly known as ‘MissMalini’, Malini Agarwal is the Founder & Creative Director of MissMalini Entertainment, Girl Tribe, and also Co-founder of Good Creator Co. MissMalini Entertainment started with a small round of angel funding in 2012. At that time, it was a novel concept—a digital-first, personality-led independent media company that would leverage social media to reach and engage young audiences that were until then completely ignored online. Naturally, it took a lot of passion and hard work to convince investors and potential clients that digital was the future.

The platform showed early traction and, more importantly, a vision for what a hobby blog and a Twitter handle with a few hundred followers could become with the right support and funding. MissMalini was the first digital brand to launch TV shows, and was an early mover in the influencer marketing and management space. ‘MissMalini’ was always envisioned as an influencer media brand that would, one day, bridge the gap between content and commerce. At the same time, Darpan Sanghvi, Group Founder & CEO, Good Glamm Group (MyGlamm) was an early D2C mover who was approaching the same opportunity. Conversations between the two were evolving at an informal level.

But it was only after MyGlamm’s PopXO acquisition in 2020 that it became clear that a partnership between MissMalini and MyGlamm could be a lot bigger and bolder. “After a year of discussions, the vision was set to combine our strengths and resources to create India’s largest and most comprehensive content and creator ecosystem, founded by the biggest brands and entrepreneurs in the space and backed by cutting-edge technology and data analytics. Today, what we are able to offer is unmatched in the market—both for creators looking to grow their careers, and brands looking for proven and measurable marketing results,” says Agarwal. Agarwal is excited about the opportunities that the digital and creator economy has created for women. “Whether it’s new opportunities to work from home while raising a family or to become an independent creator earning a real income by doing what you love, the digital economy has a lot of exciting potential,” she says. “I am a living example and beneficiary of this, and giving back is one of my driving motivations to continue pushing the envelope and helping to take the creator economy to the next level.” 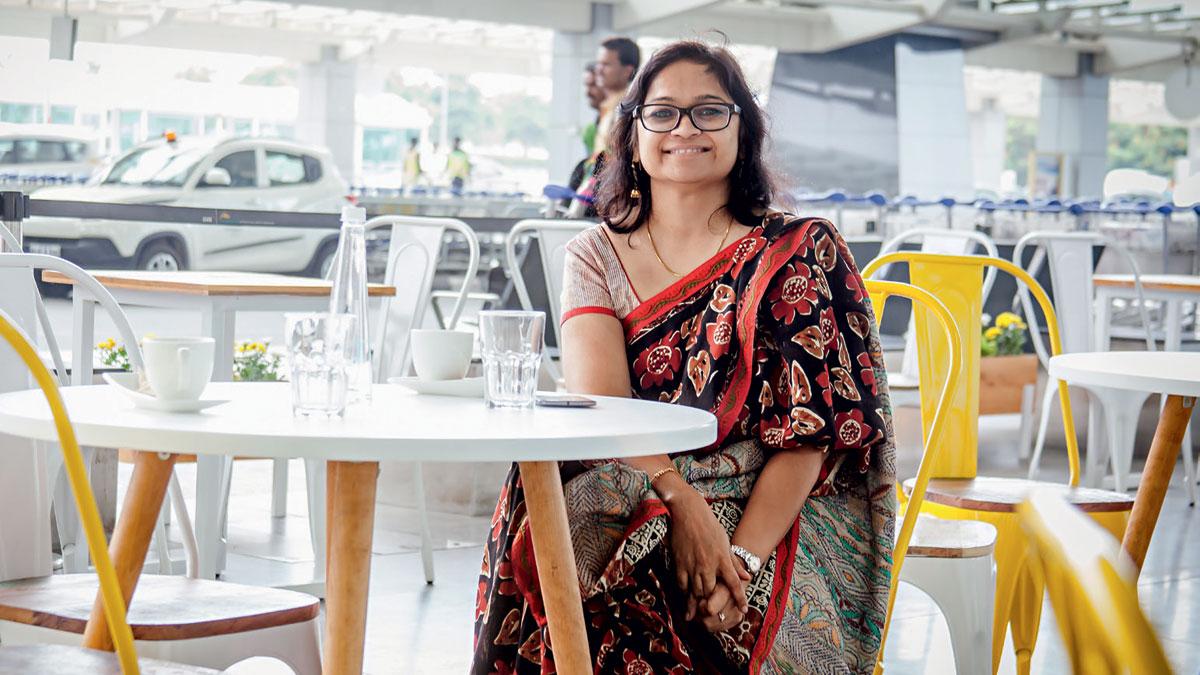 Rashmi Daga, Founder and CEO of FreshMenu, has a unique story. She worked in multiple industries when starting out—from TutorV ista to Ola to Bluestone. She also tried bootstrapping a start-up before launching FreshMenu, which pioneered the cloud kitchen concept in India. It was among the first to bring a mobile-first food ordering platform where the food was cooked fresh in a neighbourhood kitchen. It tapped into the consumer insight that busy individuals love great food to come to their desk, and high-quality delivered meals were non-existent at the time. Over the past eight years, FreshMenu has continued to deliver on its promise, expanding to multiple kitchens and delivery locations, and has reached 5 million customers. Continued focus on execution, taste and menu innovation has helped it stand out in a tough market. “The journey of self-discovery, building leadership capability and learning to be resilient and patient in the toughest of circumstances have been my learnings during these years. Founders are eternal optimists and that’s what keeps me going every day,” says Daga.

After the initial funding of $17 million, FreshMenu raised $1.64 million in a round led by Lightspeed in 2019. The pandemic years have tested Daga and her team’s mettle to the hilt: “We have survived through the past two years in the toughest of circumstances. We have come out stronger with improved kitchen economics, profitability and a battle-hardened team. We will be growing to 100 kitchens in the next 18 months.” She says the collective success of Indian start-ups in the past decade has inspired many more to decide to jump in and follow their dreams. Access to capital and talent pool has also been a huge enabler, which used to be a big difficulty back in 2010. She also believes in helping more women entrepreneurs navigate the journey and not repeat the mistakes of their predecessors. “There is no better time to be a start-up entrepreneur in India than it is now,” says Daga. “Ten years ago, it was a risky career choice. Today, you have others that have come before you, who come together as a proactive network to help you figure it out.”