For airlines, ATF is the largest component of costs. In India, it used to account for 50 per cent costs till recently. This is now down to 40 per cent.

There's a joke that people in the aviation business laugh at - "everybody in the aviation sector is making money except airlines." It's time to snuff this joke, at least for the time being. With four out of India's seven big airlines starting to make profits (see Good Times), the sector is flying high again.

But is this turnaround for real? Or is it driven by a few fortuitous factors - such as the sharp fall in fuel prices - that may reverse in no time? While low fuel prices have indeed played a big part, some credit must also go to the hard work that the airlines have been putting in to become more efficient. 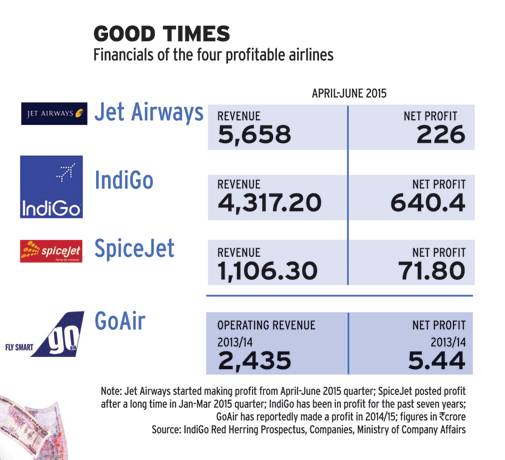 Take Jet Airways, which has been posting profit for two quarters now. It has made a lot of progress on operational efficiencies. For instance, it is sweating its planes more - 12.6 hours per day in quarter ended September 2015, 10 per cent more than a year ago. Also, its passenger growth in the domestic market has been higher than the industry average. Still, its high debt, Rs 11,072 crore in June-end, overshadows profits, which were Rs 83 crore in July-September and Rs 226.4 crore in April-June. The large interest payments are hitting its bottom line. For instance, in the year ended March 2015, the interest cost was Rs 920.47 crore.

Not that it has not been trying to trim debt. In October, it got about Rs 700 crore investment from a special purpose vehicle created by Etihad Airways, a 24 per cent stakeholder, for debt refinancing. It also plans to raise money through external commercial borrowings and has sought the Reserve Bank of India 's permission for that. 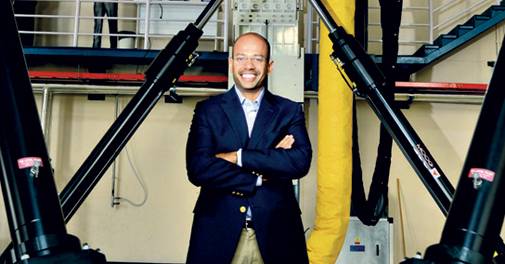 'We will get A320s that burn up to 15 per cent less fuel. Imagine the impact it will have on the bottom line,' says Aditya Ghosh, President, IndiGo

Jitender Bhargava, Former Executive Director, Air India, says legacy carriers such as Jet Airways and Air India have massive debt that can hit their profitability in the coming quarters. "The airlines work on wafer-thin margins. How will they reduce debt? There's a big question mark on their ability to make profits in the future," he says.

A bunch of factors is behind the turnaround in India's aviation sector. The biggest is the sharp drop in aviation turbine fuel, or ATF, prices. For instance, ATF prices in Delhi were Rs 40,938.24 per kilolitre in September, down 47 per cent from the all-time high of Rs 77,089.42 per kilolitre in October 2013. For airlines, ATF is the largest component of costs. In India, it used to account for 50 per cent costs till recently. This is now down to 40 per cent.

Such high dependency on oil prices makes the aviation sector's profitability extremely vulnerable. Take IndiGo. Its net profit margins were 9.05 per cent in 2014/15 and 4.15 per cent in 2013/14. A more than 10 per cent rise in oil prices from current levels has the potential to substantially erode its profits. It is India's largest airline in terms of market share (36.5 per cent in September) and has a proven track record of generating profits.

"Subtract the overall costs in 2013 and now. This will tell you that ATF prices are the single biggest reason for the profitability of airlines. It is likely that ATF prices will remain subdued due to the bearish outlook for crude oil," says Bhargava.

But IndiGo is in a much better position than others for two reasons - its public issue, primarily aimed at reducing debt, and planned induction of aircraft. IndiGo is raising Rs 3,018 crore through an initial public offering or IPO. A large part of the proceeds, Rs 1,746 crore, will go to promoters selling their stakes, while Rs 1,166 crore will be used to retire debt, which was Rs 3,912.3 crore in June, according to the IPO prospectus. The resulting fall in interest costs should boost profits. 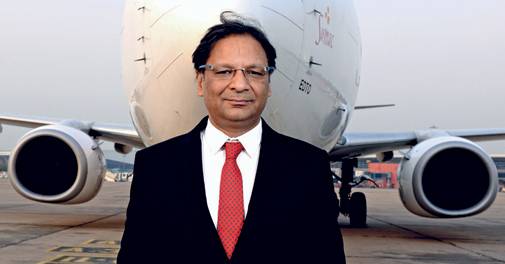 Also, its fleet will undergo a sea change over the next few years with induction of 430 Airbus A320neos starting 2015-end. At present, all its 97 aircraft are A320s. According to Airbus, the A320neo aircraft are expected to save up to 15 per cent fuel initially and up to 20 per cent by 2020 compared to the current generation of A320 aircraft. "Where airlines are using all sorts of flying techniques for an extra 1 per cent margin, here is an A320 that burns up to 15 per cent less fuel. Imagine the impact it will have on the bottom line," says IndiGo President Aditya Ghosh.

IndiGo has proven its ability to generate profits over a long period, but its rivals, SpiceJet, GoAir and Jet Airways, still have a long way to go. Much like IndiGo, Mumbai-based GoAir has placed an order for 72 A320neo aircraft for which delivery will start from April next year. At present, it operates 19 A320s.

GoAir, promoted by the Wadia Group, is reportedly making profits for the last three financial years. Smaller operations have helped it keep costs under control. "The idea is to maintain our cost leadership and operational excellence. The domestic market will remain our focus as there is a lot of room to increase market share in India," says Wolfgang Prock-Schauer, CEO, GoAir.

SpiceJet, on the brink of closure early this year, has made a comeback after being acquired by Ajay Singh who, incidentally, was its founder too. It has been posting profits for two consecutive quarters.

A closer look at SpiceJet's financials shows its return to profitability is due to a mix of luck and hard work. For instance, in quarter ended March 2015, when it posted its first net profit in seven quarters, it had extraordinary income of Rs 61.3 crore from insurance claim for a damaged aircraft.

But it has shown significant improvement on the operational front too. To bring down costs, it has renegotiated some maintenance and engineering contracts. It has also reworked its network and dropped loss-making routes such as Indore, Bhopal and Pondicherry. Today, it flies to 40 destinations (domestic and international), down from 56 in November 2013. Since September, it has been clocking the highest passenger load factor (PLF) among peers. PLF is the percentage of seats sold versus seats available. That's largely because of frequent flash sales. Though opinion is divided on whether flash sales are the right way to increase PLF, the airline has said in the past that these don't hurt the bottom line if planned in advance.

"Initially, such sales were justified as the airline needed cash to pay back dues. But the business has stabilised now. Flash sales make the pricing structure complex and create unpredictability," says an aviation sector analyst.

Singh of SpiceJet says low ATF prices have given air carriers breathing space to rework other costs and focus on better aircraft utilisation and improving selling and distribution. He says SpiceJet is currently in talks with Boeing and Airbus to place an order for about 100 aircraft. "The benefit of placing a large order is that the overall acquisition cost falls and we can sign favourable contracts for engineering and maintenance," he says. 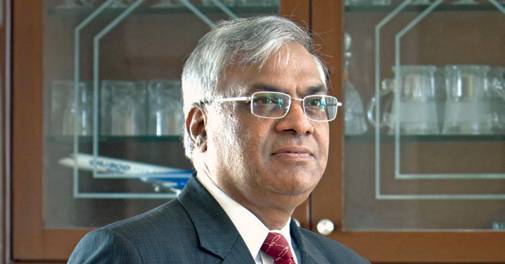 Aviation sector consultancy CAPA, in its June report, predicted that if oil prices remain at $60-70 per barrel and rupee-dollar exchange rate at 64-66, the industry's financial performance is expected to improve in 2015/16 with total industry losses declining to $680-750 million from $1.21-1.27 billion in 2014/15. LCCs are expected to generate a combined profit of $200-220 million, while full-service carriers could post losses of $900-950 million, it said.

"Profitability is a function of many things such as airport/fuel charges, cost of funds, turnaround time and taxation. But I think it is sustainable for most carriers as India is an underserved market," says Dhiraj Mathur, Executive Director, PwC.

Traffic growth has been impressive in the first nine months of 2015. Around 5.9 crore passengers flew on domestic carriers between January and September, up 20.1 per cent from the corresponding period last year.

Globally, too, the aviation business has started to do well now after years of losses. As per industry association IATA, all regions - North America, Latin America, Europe, Asia-Pacific, Africa and Middle East - are expected to post profits in 2015.

For example, the aviation sector in Latin America broke even last year. African airlines are expected to post a collective profit of $100 million, after performing poorly for many years.

Much like the Indian carriers, airlines across the world are operating on low margins, even in large markets such as North America and Europe. In North America, the average net margins of carriers are likely to be 7.5 per cent in 2015, the highest in the world, followed by Middle-East (3.1 per cent), Europe (2.8 per cent), Asia Pacific (2.5 per cent), Latin America (1.8 per cent) and Africa (0.8 per cent).

The aviation sector is notorious for its high death rate. Every year, several new airlines take birth, and many go belly up. The recent turnaround of Indian carriers is clouded by too many imponderables to make this recovery look sustainable.