Shares of InterGlobe Aviation fell for the first time since its listing, but quickly recovered to hit its intraday high of Rs 1059.20, up 2.32 per cent. 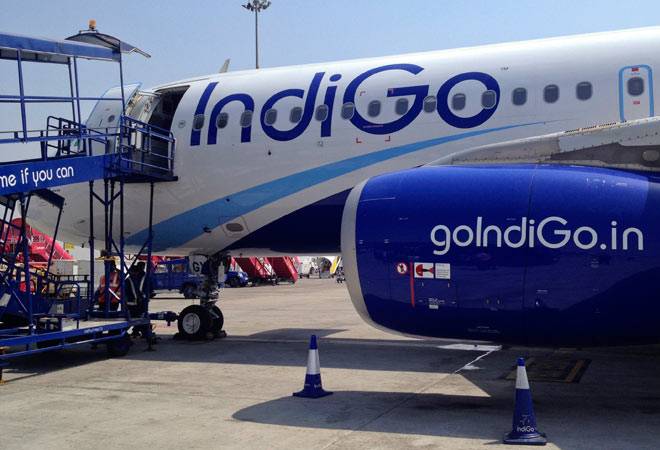 Shares of SpiceJet and Interglobe Aviation rallied up to 13 per cent, but Jet Airways fell 4 per cent after the airlines said they would pursue legal steps against CCI order imposing penalties totalling Rs 258 crore on them for anti-competitive practices related to air cargo.

Shares of InterGlobe Aviation closed nearly 1 per cent up after hitting its intraday high of Rs 1059.20, up 2.32 per cent. The scrip briefly slipped in red in the early trade.

While a penalty of Rs 151.69 crore has been imposed on Jet Airways, the fines slapped on InterGlobe and SpiceJet are Rs 63.74 crore and Rs 42.48 crore, respectively.

"Jet Airways is not in contravention of the provisions of the Competition Act and it shall pursue all available legal steps to defend its position," a Jet Airways spokesperson said about the Competition Commission of India (CCI) order.

SpiceJet's Corporate Affairs General Manager Ajay Jasra said, "We are examining the order. We are likely to challenge this verdict".

These carriers have also been directed to cease and desist from indulging in anti-competitive practices.

The ruling has come on a complaint filed by Express Industry Council of India, which alleged that the five airlines indulged in anti-competitive practices. The grouping said the latest CCI order would deter entities from indulging in unfair business practices.

Such conduct was found to have resulted in indirectly determining the rates of air cargo transport and thereby contravening Section 3 of the Competition Act. This section pertains to anti-competitive agreements, the release said.

"No penalty, however, was imposed upon Air India Ltd as its conduct was not found to be parallel with other airlines.

"Similarly, no penalty was imposed upon Go Airlines (India) Ltd as it gave its cargo belly space to third party vendors with no control on any part of commercial/economic aspects of cargo operations done by vendors including imposition of FSC," the release said.