Just like other financial assets, it could soon be mandatory to link Aadhaar with all property transactions which will help crack down on benami properties and curb black money in real estate. Prime Minister Narendra Modi recently mentioned the linkage but did not give any timeline for its implementation. Experts think such a move will make the industry more transparent and benefit genuine buyers. All-time-high price of Bitcoin on December 7, 2017, after starting the year below $1,000 per digital token. But considering there is no underlying asset and central authority involved, the volatility factor remains high in the cryptocurrency space. The Reserve Bank of India has time and again flagged its concerns about Bitcoins amid the surge in its valuation and increasing interest of people. Total market cap of Bitcoin is now around $260 billion.

India's gross domestic product growth rate for the July-September quarter of FY2017/18. The GDP number had been falling over the past five quarters and touched a low of 5.7 per cent in April-June before the rally. GVA (gross value added) stood at 6.1 per cent in the second quarter compared to 5.6 per cent in the first. Market regulator SEBI has fixed the tenure of independent trustees and directors in a bid to improve governance for mutual funds. An independent trustee or director cannot hold office for more than two terms with each term spanning five years. They can be reappointed, though, after a cooling-off period of three years. Similarly, no mutual fund will appoint an auditor for more than two terms. The auditors can be reappointed after five years.

Top public sector lenders State bank of India (SBI) and Punjab National Bank (PNB) have raised interest rates on bulk deposits above Rs 1 crore with effect from November 30 and December 1, 2017, respectively. SBI has raised it by one percentage point for deposits across tenures. Now, any deposit with SBI above one year will fetch you an interest rate of 5.25 per cent against the earlier 4.25 per cent. In November, SBI reduced interest rates on deposits below `1 crore. PNB has raised the interest rate by 50 basis points to 5 per cent. The bulk deposit rates were reduced sharply by banks after the excess liquidity post demonetisation. 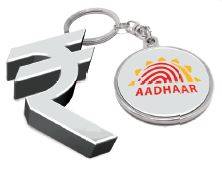 The government has made it mandatory to link all your financial assets to Aadhaar, and the deadline for that is December 31, 2017. The government, however, has told the Supreme Court that it is willing to extend the deadline till March 31, 2018, for getting Aadhaar and seeding it to social security benefits. Your mobile number will have to be linked as well, but the deadline for the same is February 6, 2018. Here is what all must be linked with Aadhaar and the implication if you don't do it. Your bank account will be blocked. Demat and mutual fund accounts will become non-operational. It will be difficult to make insurance claims (both life and non-life). Post office schemes such as PPF, KVP, NSC accounts will be blocked. Finally, if your PAN is not linked with Aadhaar, tax returns will not be processed.

"The rise in GDP number for the July-September quarter to 6.3 per cent indicated that the impact of demonetisation and GST is behind us, and an upward trajectory can be expected in the coming quarters" Arun Jaitley, Finance Minister