Dancing Crow Farm, near Seattle, US, finds a special mention in gatesnotes.com, the personal blog of Bill Gates, the founder of information technology (IT) behemoth Microsoft. The farm is a pilot site for FarmBeats, a key research project of Microsoft which strives to make data-driven precision agriculture affordable for even the poorest farmers. What Gates considers "remarkable" about Dancing Crow is that the team of researchers at FarmBeat, led by IIT-Kharagpur alumnus Ranveer Chandra, utilises unused TV spectrum or airwaves to transmit data from sensors installed at various locations of the farm and digitally analyses those to offer crop advisory. Unlike most farm data systems, which require expensive transmitters to connect, this one is low-cost and helps collect and analyse weather conditions, temperature, pH, moisture level of soil, and other parameters, using low-cost sensors, drones, and vision and machine learning algorithms. The result: up to 30 per cent less water needed for irrigation, 44 per cent less lime to control soil pH, updates on ideal time for planting seeds, and a more productive harvest.

"One of the big challenges in Agtech (agriculture technology) adoption is cost, and we are developing techniques to make it more affordable. We are doing a few trials in India, and our research is focussed on bringing down the cost of Agtech solutions to make them relevant in places like India," says Chandra, Chief Scientist, Microsoft Azure Global, in an e-mail response to Business Today. "There are several things that the Indian government could do to accelerate the adoption of digital agriculture with Indian farmers, including allowing data transmission from farms on unused TV channels, and some new algorithms that we have developed using satellite data," he adds.

Chandra is right. Indian agriculture needs technology adoption more than any other country. Despite being a major producer of agricultural crops - largest producer of milk, jute and pulses, and second-largest producer of rice, wheat, sugarcane, cotton, fruits and vegetables - India is increasingly finding it difficult to make farming a sustainable and profitable economic activity for every stakeholder. The soil quality in large tracts of land is declining, water stress is worsening, and climate change, with associated flash floods and droughts, has turned farming in to a high-risk sector. With 70 per cent of India's rural population depending on farming for sustenance, mostly small and marginal farmers, there is an urgent need to reduce production costs and increase farm incomes. The only solution is tech interventions that bring in efficiencies at all levels of the agriculture ecosystem - from sowing to harvesting, from marketing to value addition. The efforts of global giants like Microsoft, IBM (which has a full-fledged research team in India that looks into digital farming and precision agriculture) and others can only help.

World over, governments and organisations at all levels - private and public, global as well as local - are working to build innovative solutions to solve the problems of agriculture using technology. A lot of the activity is based in India, and some farmers, albeit in small numbers, have begun to adopt agritech practices.

The government has set a goal of doubling farmer income by 2022. The 14-volume report of the Committee of Doubling Farmers' Income, headed by Ashok Dalwai, has an entire volume devoted on the need for science and technology interventions in agriculture. Use of Big Data, Internet of Things, Artificial Intelligence and Blockchain in developing value chains and use of robot and sensors figure significantly, along with the need for better research in crop sciences and genetically modified technologies, in the to-do list. The Indian Council of Agricultural Research's (ICAR's) 2025 Vision Document, too, emphasises on use of technology, including robotics and automation; energy-efficient and environment-friendly devices for farm operations; precision farming using IT, Geographic Information Systems, GPS and remote sensing; climate smart resource management technologies; and smart sensors and new delivery systems to help combat viruses and pathogens. According to the document, high-performance computing could be used to analyse very large data sets, particularly those related to agricultural genomics, proteomics, geo-informatics and climate change.

The Vision Document goes a step further. It also articulates the need to have a regulatory process for new technologies so that farmers have access to latest technological advancements. It also suggests that a mix of technologies be used to achieve higher productivity.

While most of these are still in the realm of recommendations, one definite technology intervention, in addition to the much-talked about e-NAM (National Agriculture Market - which is yet to be fully operational), is the government's decision to carry out pilot studies to optimise crop cutting experiments (CCEs) in various states under the farm insurance scheme Prime Minister Fasal Bima Yojana (PMFBY). "The studies used various technologies, including satellite data, artificial intelligence, modelling tools, etc., to reduce the number of CCEs required for insurance unit level for yield estimation," Narendra Singh Tomar, Union Minister of Agriculture and Farmers' Welfare, said in the Lok Sabha. 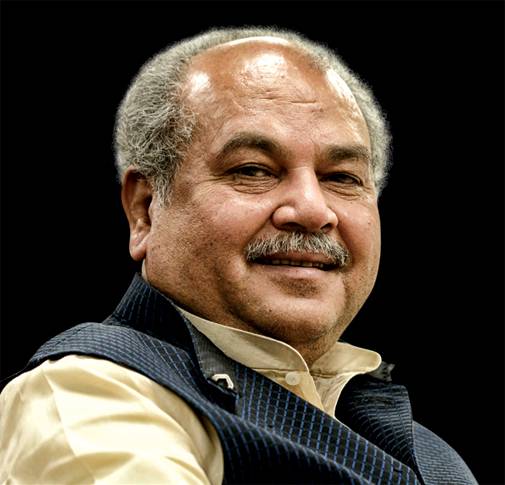 The government is using satellite imagery to assess crop area, crop condition and crop yield under various programmes. "Satellite data is also being used for drought assessment, to assess the potential area for growing pulses and horticultural crops," Tomar added.

About two years ago, Microsoft and The International Crops Research Institute for the Semi-arid Tropics (Icrisat) developed an AI-based sowing app to send sowing advisories to participating farmers in Andhra Pradesh. The aim was to determine the optimal days for sowing. The farmers did not have to instal any sensors in their fields or incur any capital expenditure. All they needed was a feature phone capable of receiving text messages.

According to Microsoft, the app, combined with a personalised village advisory dashboard, resulted in the average yield per hectare increasing by 30 per cent.

Home-grown majors are not far behind. While food and FMCG major ITC is known for its pioneering e-chaupal initiative, others have their own versions of technology adoption to narrate.

Mahindra & Mahindra, the world's largest tractor manufacturer by volumes, is working on digital and data driven technology to back productivity, crop-care and yield in a more definitive way. "With agriculture increasingly becoming technology-intensive, we are investing in future- ready technologies. This is to provide complete solutions to the global-farming community," says Rajesh Jejurikar, President - Farm Equipment Sector, Mahindra & Mahindra.

Over the past two years, the company has entered into five strategic partnerships and has made investments in some of them, including start-ups, to develop data and digital driven capabilities. This includes a 10 per cent stake in Canadian firm Resson, for capabilities in machine learning, big data analytics and computer vision to help growers make better-informed decisions about crop management so that productivity can be increased. The company also has a 11.25 per cent stake in Switzerland-based Gamaya to provide crop-specific tech solutions. "Our strategic associations will enable us to develop and deploy next-generation farming capabilities such as precision agriculture and digital farming technologies. With these partnerships, we expect to set new benchmarks in farming and its related services," says Jejurikar.

Agritech investments have other sources, too: venture capitalists and private equity players that see growth opportunities in this segment.

Jinesh Shah, Co-founder of Omnivore Capital, a venture fund that has investments in several agritech start-ups, says is it still early days for agri start-ups to make their mark. The initial success stories could come from food-tech firms, especially food delivery businesses that got funding as an extension of e-commerce investments, he says.

"The farm-to-fork space has also attracted a large pool of capital. Hopefully some of them will do well and create a success story," Shah says. "Real agritech, however, started in 2011/12 after people began to understand that this was something interesting. We have a good number of start-ups looking into how to improve the agronomy and income of farmers. Many of them are beginning to do well. Whether it is market linkages, or better yields, we have young entrepreneurs looking at this sector," he adds. 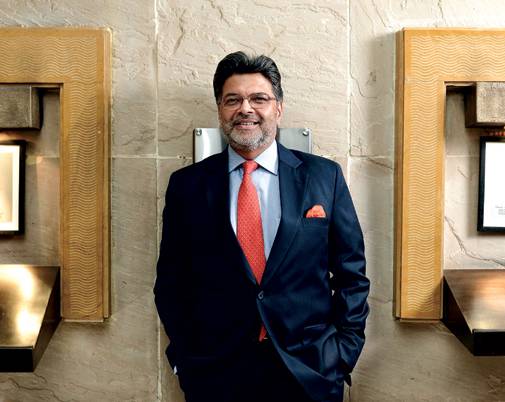 With increased focus on agriculture from various sides, the time is right for agri-focussed private equity funds in India to look at early stage companies and growth oriented firms, says Rajesh Srivastava, Executive Chairman, Rabo Equity Advisors. "There are a lot of start-ups and early stage firms now. In fact, we get many more proposals from these people (than from established firms looking for growth). We are trying to recalibrate our investment strategy (to accommodate such firms). Cloud kitchens, food deliveries, agritech... all are part of the new story," he says.

The scope in agriculture, of course, is much larger. Moreover, given the fragmented nature of Indian farms, the size of population it caters to and the diversity of its ecosystems, Indian agriculture will need diverse technologies. Every attempt to make agriculture profitable and sustainable - be it at the stage of cultivation, harvesting, marketing or consumption - would be a case to benefit from technological intervention. And that is what is beginning to happen. Success, however, will depend not only on technology, but also its affordability - a fact that Bill Gates acknowledges.

For A Better Harvest