Payments and small finance banks are carving out differentiated strategies for reaching out to the financially underserved.

The contrast is stark. Tech-savvy consumers of financial services are spoilt for choice. Paperless onboarding of customers with Aadhaar-linked KYC to digital money transfer are par for the course. This was unthinkable till a few years ago. So were inventions such as bots and artificial intelligence taking over customer services. However, people in remote areas do not get even basic services, mainly because banks find serving them unprofitable.

To reduce the gap, the Reserve Bank of India, or RBI, has allowed two new categories of banks - payments banks and small finance banks or SFBs. The idea is to build small and nimble institutions that can offer services in the countrys remotest parts, urban pockets where the economy is informal, and even to sections of industry, such as small and medium enterprises, or SMEs, which find it difficult to access banking services. Twelve such institutions - four payments banks and eight SFBs - have already started operations. Some others are on the way.

Can these drive the revolution for which they were conceived? It is difficult to say, but one thing is clear. Change is in the air, as these institutions, though small yet, use diverse ways to meet their targets. Big-time innovation in India's financial sector is still an evolving story. 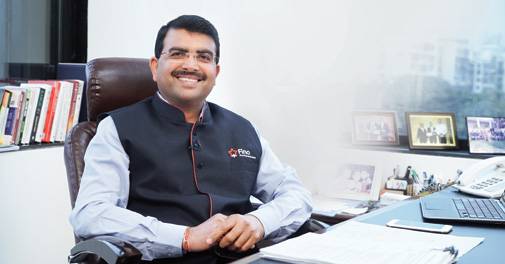 Rishi Gupta, MD and CEO of Fino Payments Bank, says they are riding DTP (Distribution, Technology and Partnerships) and KPI (Knowledge, Products and Infrastructure) to reach their goals. "Fino Payments Bank wants to become the one-stop shop for banking needs of all the people who earn between `1.5 lakh and `6 lakh per annum with multi-product and multi-location offerings." This mass market, a key target for the bank, will be served by what seems like a feet-on-the-street model. "Our employees are more outside the branches than inside." Door-step banking is one of the major strengths of the bank. He is clear about his key customers: "Electricians, plumbers, drivers, small shop owners, sales staff in stores, first-time account holders or anyone from a low income household."

Fino has tied up with entities such as Bharat Petroleum Corporation to reach out to those in the higher income segment. For those at the bottom of the pyramid, it has partnered with banks. "Since payments banks are not allowed to lend directly, we can offer lending on behalf of partners third-party products. Fino Payments Bank will, therefore, partner will banks as their business correspondent (BC) and offer lending as a service for a fee." The partners include ICICI Bank, ICICI Lombard (for general insurance) and ICICI Prudential (for life insurance), and Exide Life. 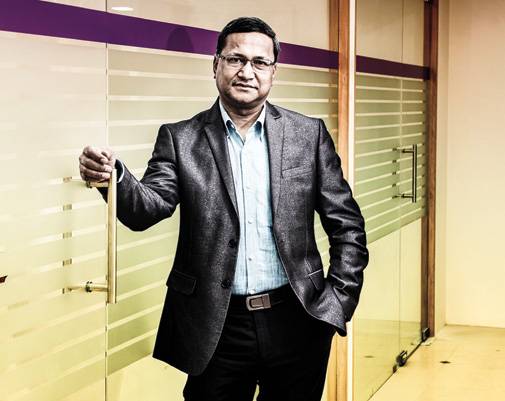 Airtel Payments Bank, which calls itself the first payments bank in the country and also the first to integrate with UPI (Unified Payments Interface) - an indigenously developed low-cost platform for inter-bank transactions - went live on January 12 this year. The neighbourhood bank offers a range of attractions. "We have put a couple of things in our package to attract customers. One is the interest rate of 7.25 per cent along with a free `1 lakh personal accident insurance to every customer who opens an account with us," says MD and CEO Shashi Arora; he is quick to add that this interest rate is not cast in stone and could change as per market conditions. "These are ways of getting customers hooked on to a new way of banking because there are several constraints that we work under. For example, you cannot keep more than `1 lakh in a bank like ours. Therefore, we have to give customers a holistic package." Airtel has also adopted the partnership route and tied up with Hindustan Petroleum Corporation, enabling its customers to make digital payments at the latter's fuel stations.

The payments space is expected to see a lot of action, especially with giants such as Paytm also in the fray. Asked where it stands in the payments space, a Paytm spokesperson says: "Paytm Payments Bank's USP is going to be a seamless mobile-first digital banking experience combined with the trust associated with the Paytm brand. We will go deeper into smaller cities and towns and help hundreds of millions of underserved and unserved consumers access essential banking services."

"We have a massive set of users who has experienced the power of convenient digital payments through Paytm, and a significant number of them are signing up for bank accounts with us." On the 4 per cent interest rate it offers on deposits, she says: "We believe the yearly interest rate is only one among the set of factors customers consider while signing up for a bank account."

Payments Banks cannot lend. But SFBs can operate like a commercial bank, albeit with some restrictions. They need to ensure that 75 per cent funds are used for priority sector lending (as against 40 per cent for scheduled commercial banks). Plus, half their portfolio has to comprise loans of less than `25 lakh.

"Both Payments Banks and SFBs are focusing on their strengths," says S. Viswanatha Prasad, Managing Director, Caspian Advisers, an impact investor with over `1,000 crore under management and an early investor in three small finance banks - Equitas, Ujjivan and Janalakshmi. He says while "the service that Payments Banks offer on savings and wallet or remittance side is valuable, success will depend on their ability to reach scale with customers in tens of millions and that is still to be tested." This is because a big chunk of revenue has to come not from interest income but payments and transactions.

Prasad sees SFBs as a tested model like a bank with less uncertainty than payments banks where, he says, there may be challenges around product acceptance and change in money-handling habits. "Some SFBs may emerge as regionally focused specialists while others with a larger national presence may offer diverse products focused on middle and lower-end customers." Among those leveraging strengths in select regions are Utkarsh in North, RGVN in North East and ESAF in Kerala. The list of players with a national presence includes Ujjivan and Equitas.

"My products are tailor-made to local needs. For instance, we do not look for large corporate loans. Instead, we focus on MSME and affordable housing loans and will, going forward, look at agriculture loans. Here, my focus is more on semi-urban, urban and rural areas," says Govind Singh, MD and CEO of Utkarsh Small Finance Bank, focused on Eastern Uttar Pradesh, Bihar and Jharkhand. "Take weavers of the Varanasi, Mirzapur and Bhadohi belt. Our products and processes are tailor-made to their needs. For instance, loan processing is done with least documentation by relying on informal information gathered about the clients." Microfinance dominates but it's changing. "Over time, we see the share of microfinance loans falling but growing in absolute terms at 20-25 per cent year-on-year. At present, it is 93 per cent. In the next five to six years, it will come down to 50-60 per cent as the share of MSME, affordable housing and other loans grows." 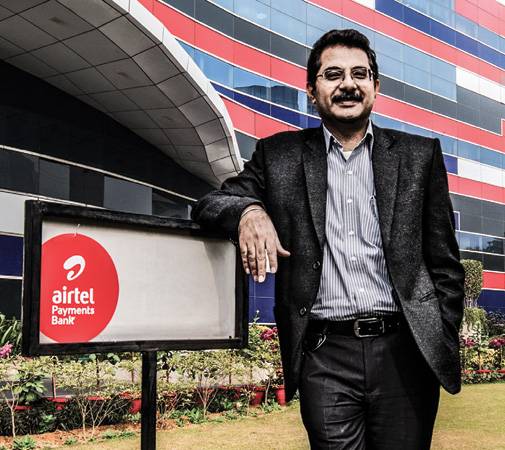 Chennai-headquartered Equitas SFB has built a model beyond microfinance. "In 2011, we had taken a decision to diversify our product range. By 2016, microfinance was down to 50 per cent of total loans (as against 100 per cent earlier). The balance was divided between SME and commercial vehicle finance. By March 2017, the share of microfinance was down to 45 per cent. We expect it to get to around 30 per cent by March 2018," says P.N. Vasudevan, who spent several years in the microlending space as founder of Equitas and is today the managing director and CEO of Equitas Small Finance Bank, which started operations in September 2016.

"Once we became a bank, we grew SME and commercial vehicle finance and added new products such as working capital loans, business loans, gold loans and agriculture loans. The traction for these has been encouraging. By March 2018, we expect non-microfinance products to contribute about 70 per cent of the portfolio." In terms of portfolio concentration, for Equitas, South is more than 50 per cent; the balance comes from West and North.

Ujjivan Small Finance Bank is fairly spread out and sees this as a great advantage. Samit Ghosh, MD and CEO, is clear about where the bank is headed. "The objective is to become a national high-tech mass market bank in five years."

The financial services market is changing, and changing fast.