As water gets increasingly scarce, companies see their future closely aligned with being water neutral or better still, water positive.

Budhera, a rocky and water-deficit village 60 kilometres from Hyderabad, on the Mumbai highway, would seem an unlikely area to showcase sustainable growth for the NYSE-listed pharmaceuticals major, Dr Reddy's. Much has changed since the company shelved plans to set up an SEZ unit there three years ago. The 350-plus acre plot now plays a crucial role in Dr Reddy's emerging as a 100 per cent water neutral company.

Water neutrality is all about balancing the demand and supply of water through a deliberate intervention by the water user.

"We have a solar park on the periphery and account for all the water harvested by us. Our aim is to become 100 per cent water neutral in four to five years," says G.V. Prasad, Co-chairman and CEO of the company, who takes personal interest in what happens at Budhera and other sustainability efforts of the company. "I set the goals on sustainability efforts. We wanted to be 100 per cent water neutral by 2020 but it may take a little longer; maybe by 2025," he says.

The company hopes to be 65 per cent water neutral by the end of 2020 based on projects it is running such as in-campus percolation ponds, roof top rain water harvesting system and watershed development programme (at Budhera), says Thakur Pherwani, head of safety, health, environment and corporate sustainability at Dr Reddy's. But to be fully water neutral, he says, the company has undertaken watershed assessments in water stressed areas in other parts of India as well to come up with projects modeled along the lines of the one in Budhera. 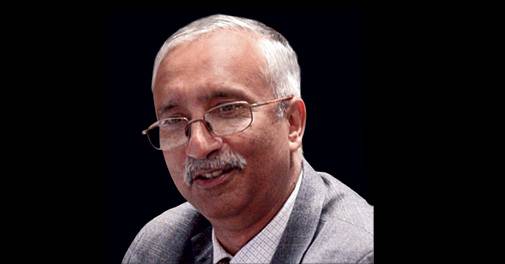 "We are going in for watershed assessments in six locations - one in Himachal Pradesh, three in Telangana and two in Andhra Pradesh," says Pherwani. These studies are to evaluate the hydrogeological data for efficient planning of watershed projects. The company is also undertaking water pinch analysis to identify in-house opportunities to reduce, reuse and recycle water. The studies, which will cost over Rs 40 lakh, will help them identify locations for watershed development, for which the cost would vary - it could be Rs 1 crore or more - depending on the location and project required. The company has achieved over 55 per cent water neutrality over the past eight years.

Dr. Reddy's is among a clutch of Indian companies that are active in the area. Some have become water positive. Mahindra & Mahindra, for instance, has ready case studies of being water positive across various locations including Nashik, Khopoli, Igatpuri, Chakan and Zaheerabad. In 2017/18, the auto manufacturer invested nearly Rs 28.8 crore in environmental interventions, about Rs 1 crore on water treatment and Rs 20 lakh on water quality monitoring.

"Businesses have understood the major challenge of water availability and many Indian companies have taken proactive steps to address this. One initiative is to achieve 'water neutral' or 'water positive' status," says S. Raghupathy, Deputy Director General, Confederation of Indian Industry. He also oversees the nine CII centres of excellence, including CII Triveni Water Institute in Delhi and has led the CII-Sohrabji Godrej Green Business Centre in Hyderabad since its founding in 2003.

By implementing water neutrality, the industry avoids being seen as competing with society for water resources, explains Raghupathy. Such an approach has further benefits too: helps the society get better access to water resources, facilitates water efficient farming practices and leads to increased agricultural productivity.

Among the corporate pioneers is ITC, which, according to the company spokesperson, has been water positive for 16 years. A two-pronged strategy was put in place to achieve this. At one level, ITC focussed on reducing the net water consumption at all its units, improving water efficiency through technology upgradation, reducing fresh water intake, increasing reuse and recycling practices, rainwater harvesting and implementing best practices to achieve zero effluent discharges. In addition to these, the FMCG major implemented a large scale watershed development programme in the catchment areas of its operations to ensure water security to all its stakeholders. Currently, the total water harvesting potential created by ITC is over three times the net water consumption of its operations, says the spokesperson. 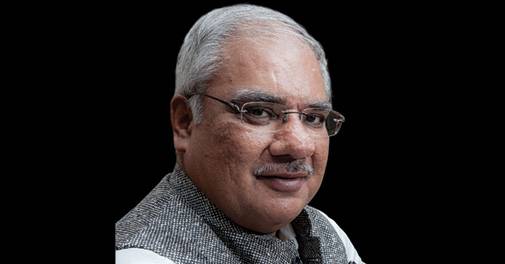 The journey to water conservation and replenishment is serious business and needs long-term commitment. S. Sivakumar, Group Head - Agri and IT businesses, who also has the responsibility for ITC's social investments programme, says, "If you are very quarter-oriented in terms of decision-making, it may not hold much attraction in the short term, since a commercial trade-off is involved. However, if you are more enlightened and realise the need to conserve a scarce and depleting resource, thereby extending the useful life of your asset, you will see value over the longer term, although it might look like an added expense in the quarterly P&L account."

So, what do companies need to carefully look at? "Other than identifying the right technologies and rain harvesting structures appropriate for a geography, an equally important element is the kind of engagement with the community, for example, the end beneficiaries of the harvested water," says Sivakumar. Involving the community is important. "Social mobilisation of water users to form a group and building their governance capacity ensures democratic distribution of water and sustained maintenance of the structure. That apart, engaging with users to ensure their water consumption is reduced to optimal levels through crop-specific best agronomy practices," he adds. ITC has incorporated these practices over the years and is able to talk scale. According to its spokesperson, ITC's Integrated Watershed Development programme currently covers 39 districts across 14 states, covering over 960,000 acres with around 15,000 rain water harvesting structures. It has covered over 300,000 beneficiaries.

It is still early days as Indian Inc. to get cracking on being water neutral. But given that the country is water stressed, companies have to play a more significant role.