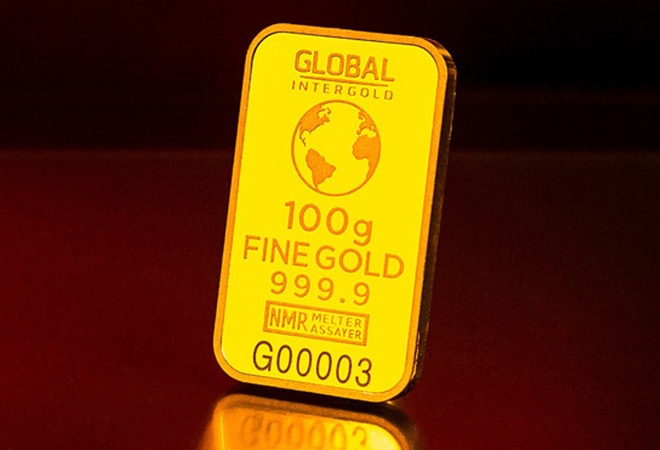 Prices further weakened after the 10 years US Treasury yield increased above 1%, its highest levels since March as Democrat control of the US Senate raised the prospects of large stimulus measures

Precious metals tumbled in line with the international market on Friday and traded near the key psychological level of Rs 48K.

Besides gold, other precious metals like silver and palladium also suffered sharp drops for the second consecutive day, as easing political concerns over the US Senate election in Georgia and a bounce back in dollar dented appeal for the safe-haven commodities.

Prices further weakened after the 10 years US Treasury yield increased above 1%, its highest levels since March as Democrat control of the US Senate raised the prospects of large stimulus measures.

Further, gains were restricted in the bullion metal with sentiments turning buoy in global equity markets that touched fresh highs on Friday, causing less participation of investors towards precious commodities. Traders continued to focus on the possibility for additional financial aid after the Democratic party secured a slim majority in the Senate, giving it control of both congressional chambers. The outgoing US President Donald Trump said on Thursday that there will be an "orderly" transfer of power to Joe Biden on January 20.

However, worsening of the global economic scenario and mounting worries over the new virus strain which was detected in the UK have boosted demand for the safe haven. The expectation of new restrictions in UK, Japan and South Africa amid uncertainties over the global growth prospects have kept the bullion's value up last year.

Worries over the pandemic and uncertainties ahead of the upcoming U.S. election and an enormous amount of liquidity infusion by global central banks helped gold gain about 28% in 2020, as it is considered as a hedge against inflation and currency debasement.

Led by risk aversion, safe-haven buying, and uncertainty caused by COVID-19 disruptions, gold futures moved to an all-time high of Rs 56,191 per 10 grams at MCX, soaring by almost 43% in the year, while silver had edged closer to Rs 80,000 per 10 gram. Spot gold hit USD 2,075 an ounce in the international market in August. Following the news developments around the COVID-19 vaccine, gold prices are nearly 13% off from their record high level, achieved in early August 2020.

With gold rates now off from all-time highs, the gold value will see further fall amid rounds of fresh stimulus measures and rising US dollar.

Dollar index rebounded from a multi-year low, making bullion more expensive for holders of other currencies, while higher bond yields increased the opportunity cost of holding the non-interest yielding gold.

Investors are also looking beyond rising coronavirus cases and political unrest in the United States and bet on an economic recovery later in the year.

HDFC securities Senior Analyst (Commodities) Tapan Patel also suggested gold prices to rise in 2021 in India as it received additional support from rupee depreciation against the dollar during the year. The spot rupee was down by around 3% year-to-date.

Credit Suisse expects the yellow metal to keep moving upwards and average $2,100/ounce in 2021, peaking at $2,200/ounce in the July-September quarter. The brokerage house, however, lowered its project from its previous estimate of $2,500/ounce.

Axis Securities kept a neutral stance on gold, while Kotak Securities does not expect a sustained rise in the yellow metal, on the back of ETF outflows and stimulus expectations in the near term.

Prof Arvind Sahay, Chairperson, India Gold Policy Centre at IIM Ahmedabad said, "Gold prices in top 17 consuming countries are higher by 22% on average, varying between 13% to 60%. We think gold prices still have scope to increase by 20 to 25% in 2021-22 in a certain scenario. In this scenario, interest rates in the dollar and Euro zones continue to remain soft, trade frictions continue to simmer between the US and EU on one side and China on the other, geopolitical tensions and technological rivalry over semiconductors ratchets up a notch or two, Covid -19 cases continue to rise and the vaccine does not perform as well as expected for another 6-12 months, new stimuli get announced and bitcoin gets even more volatile."

Prof Arvind Sahay also highlighted the trend across the global markets for cryptocurrencies and their surge and said, "With the design of BTC meaning that only 21 million can exist and 18.5 million already having been mined, current trends suggest a further rise in BTC price. Since many institutions are now buying BTC as a part of their asset allocation, the question is what will be the allocation. The shift of liquidity to different asset classes (BTC amongst those) has kept gold prices range-bound recently."

Sovereign Gold Bond Scheme 2020-2021: All you need to know about tenth tranche