The market's spotlight was again on oil, where prices have plummeted because very few people are flying or driving, and factories have shut amid widespread stay-at-home orders 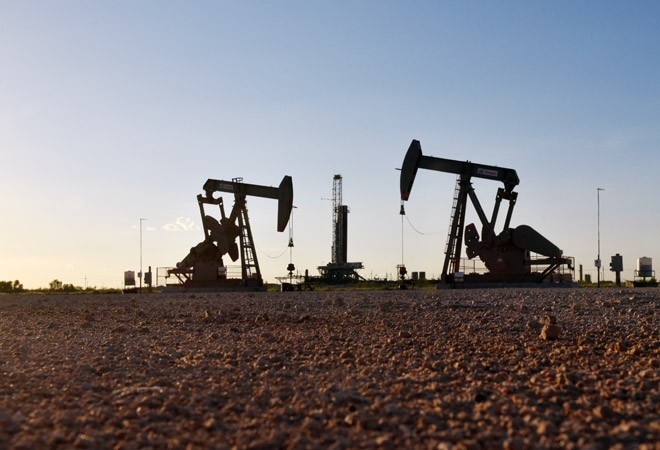 Oil prices crumpled even further Tuesday, and U.S. stocks sank to their worst loss in weeks as worries swept markets worldwide about the economic carnage caused by the coronavirus pandemic.

The market's spotlight was again on oil, where prices have plummeted because very few people are flying or driving, and factories have shut amid widespread stay-at-home orders. Global demand is set to drop to levels last seen in the mid 1990s. At the same time, oil producers can't slow their production fast enough, and all the extra crude means storage tanks are quickly running out of room.

The cost for a barrel of U.S. oil to be delivered in June plunged 43% to $11.57. That's the part of the market that oil traders are focused on and trading most actively. For oil to be delivered next month, which is when storage tanks could top out, the cost of a barrel stood at $10.01. A day earlier, it fell below zero for the first time, meaning traders paid others to take oil off their hands to get rid of the headache of finding where to store it.

Analysts consider prices for U.S. oil to be delivered in June and later as closer to the "true" price of crude, along with prices for international oils. They did not drop below zero, in part because the storage issues aren't as pressing for them. But they also slid Tuesday on the same concern: A global economy incapacitated by the virus outbreak doesn't need to burn as much fuel.

Brent crude, the international standard, for delivery in June lost 24.4% to $19.33 per barrel.

The crumbling oil market helped drag stocks to their second straight day of losses, and the S&P 500 lost 3.1% for its worst drop since April 1. It followed up on similar declines across Europe and Asia.

The S&P 500 fell 86.60 points to 2,736.56. The losses were widespread, with 94% of stocks in the index down. Even shares of some recent winners in the new stuck-at-home economy dropped. Netflix slipped 0.8% before it announced its quarterly results after trading close, including a 23% rise in global memberships.

"The markets have largely escaped panic mode but are not out of the volatility yet," said Brian Nick, chief investment strategist for Nuveen.

In another sign of the concern washing over markets, Treasury yields fell further. The yield on the 10-year Treasury dropped to 0.56% from 0.62% late Monday, meaning investors are willing to get paid even less to get the safety of owning a U.S. government bond.

Even with all the chaos in the oil markets, some signs of economic activity on the horizon were poking through elsewhere. Congress reached a tentative agreement with President Donald Trump on a nearly $500 billion proposal to provide more loans to small businesses and aid to hospitals. Georgia's governor, meanwhile, announced plans late Monday to allow gyms, hair salons and other businesses to reopen as early as Friday.

Rising optimism among some investors that parts of the economy could reopen as infections level off have helped stocks rally recently, and the S&P 500 is up more than 22% since hitting a low in late March. The rally got its start after the Federal Reserve and Congress promised massive amounts of aid for the economy.

"It looks like we're bending the infection curve, there are signs of economic reopening and the stimulus is there," said Rob Haworth, senior investment strategist at U.S. Bank Wealth Management. "All of which are good signs for the markets where there's a potential scenario where the economy starts to recover."

But the data coming in on the economy continues to be dismal, including a Tuesday report that showed the steepest drop for U.S. sales of previously occupied homes since 2015. Pessimists say the market's rally has been overdone and that a premature reopening of the economy could lead to only more flareups of infections.

"If you start to see cases go back up in a pronounced way, it's a sign that we may have trouble escaping this," said Nuveen's Nick.

Companies are also describing the hit to earnings they're taking due to the outbreak, with many pulling their financial forecasts for the year given all the uncertainty about how long this recession will last. Coca-Cola said Tuesday that its sales were on track to hit financial targets through February, but that all changed when stay-at-home orders became widespread in March. It said it's hopeful that improvement could arrive in the second half of the year. IBM on late Monday withdrew its guidance for 2020 results and said it will reassess at the end of June.

"There's still a lot of uncertainty about this market," said Ameriprise Financial's Joy, "and it's understandable because the visibility on earnings and the economy even is very limited still."

ALSO READ:'Cheaper than water' crude oil wasted on India - storage is to blame