As per the Indian Oil Corporation data, petrol became dearer by 14 paise a litre to Rs 71.39, while diesel was revised by 16 paise up to Rs 66.45 per litre in Delhi on Friday 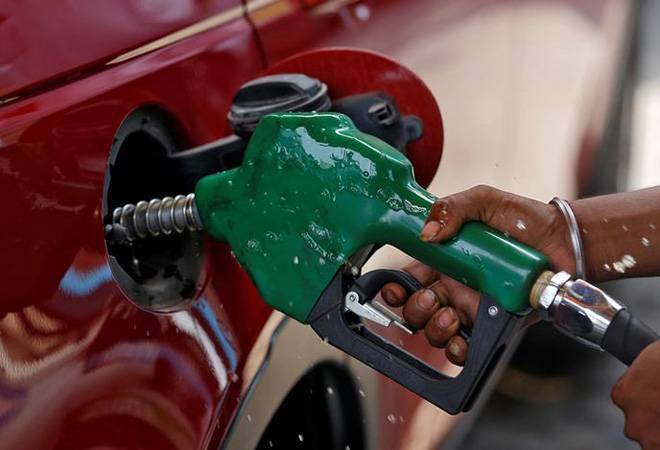 Oil marketing companies (OMCs) raised petrol and diesel prices marginally on Friday. As per the Indian Oil Corporation data, petrol became dearer by 14 paise a litre to Rs 71.39 in Delhi, while diesel was revised by 16 paise to Rs 66.45 per litre on Friday.

Earlier on Thursday, petrol price was revised to Rs 71.25 and the diesel price was hiked to Rs 66.29, the data showed.

The rates of fuel are revised everyday at 6 am in the morning. The change in domestic fuel prices varies from state to state and it also depend upon international crude prices and the value of rupee.

Meanwhile, crude oil futures were trading higher on Friday, after the overnight crash due to escalated trade tensions between the US and China. The Brent oil futures closed at 67.76 per barrel on Thursday.

According to industry experts, the oil PSUs may hike the retail price of petrol and diesel by Rs 3-5 per litre in phases as elections are over in India. Oil Marketing Companies (OMCs), which have not fiddled with the prices much in the past months amid ongoing polls, are likely to pass the burden to the consumers.

Rupee surges 21 paise to 69.81against US dollar in early trade